These are my go-to recipes for marshmallow fluff. One uses just marshmallows and corn syrup and is ready in all of 5 minutes. The other has no corn syrup and no eggs and requires a bit more time. Both work fantastic for fudge, are the fluffy consistency characteristic of fluff, and taste amazing! Don't buy the jarred version again.

Check out the over 25 recipes for a jar of Marshmallow Creme!

But, how do you make marshmallow cream?

It sounds hard and complicated, doesn't it? It's totally not! Best of all, even if you are vegan you will find the recipe below can work for you.

Not only is marshmallow fluff delicious and sweet, it's great for things like fluffernutter cookies or a quick way to make rice krispies bars or fudge. And when you need it ASAP, but the stores are closed or you just don't feel like making the run, there's a quick and easy way to make it yourself.

NOTE: If you are looking for a homemade marshmallow fluff recipe without corn syrup keep scrolling.

Mini marshmallows will be the easiest for you to use because you are going to be melting them in a double broiler and they'll melt the fastest.

This next recipe for homemade marshmallow cream has no eggs in the recipe and relies on gelatin to help it form the gooey texture. If you find that your fluff comes out too thick in texture simply reduce the amount of gelatin you use next time. 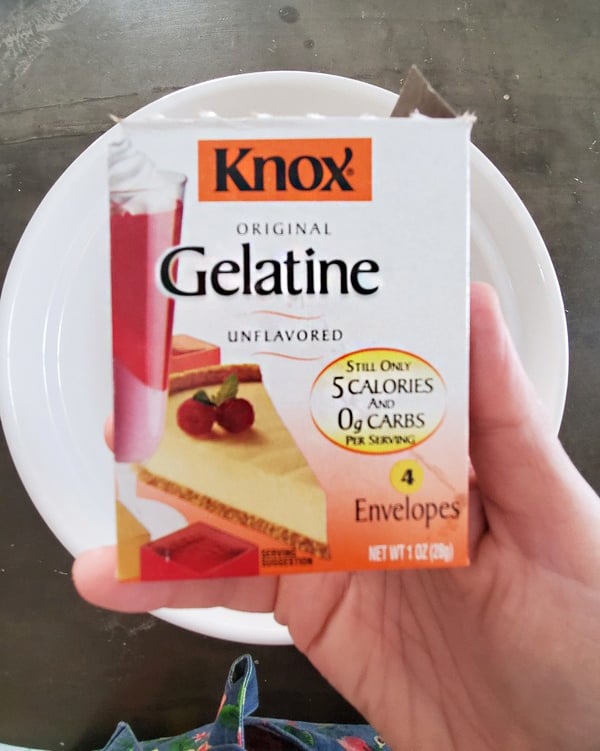 This recipe doesn't use any eggs or corn syrup and the ingredients can be swapped out for vegan-friendly versions. 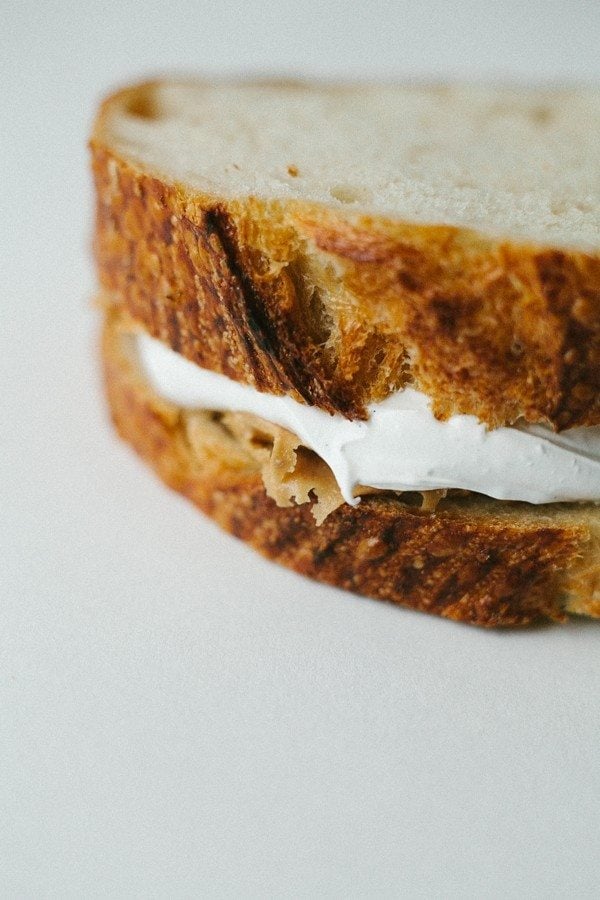 You will need to constantly stir the marshmallows to keep them from burning, which sounds tiring and like a lot of work. The marshmallows will melt quickly though, especially if you use mini marshmallows, so do not worry about your arm getting tired.

Using your hands is the best way to handle the marshmallow fluff.Though it's the messiest and often the most annoying, using spatulas or spoons can be hard to work with.

Make homemade marshmallow fluff right before you need it. Though it will stay delicious for a long time, it starts losing its fluffiness after a couple of days. It's not because it's bad (because the sugar content is so high), just because it loses some air. 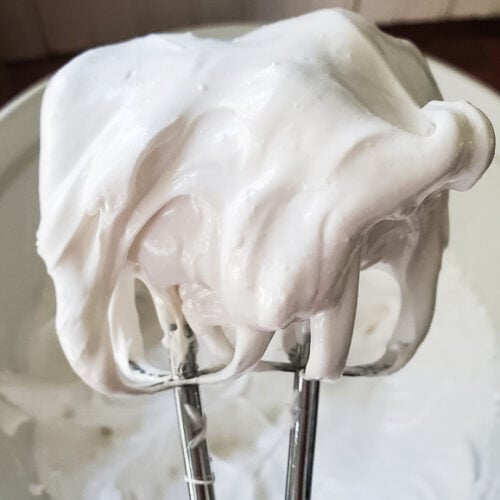 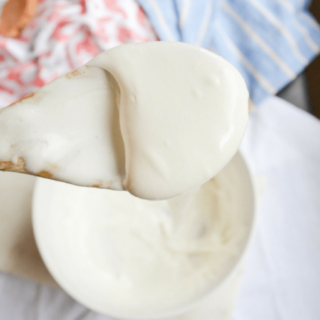 | 1 cup
Cook Time | 15 mins
Print Recipe Pin Recipe
Have you ever wondered how to make homemade marshmallow cream? It's easy to make! 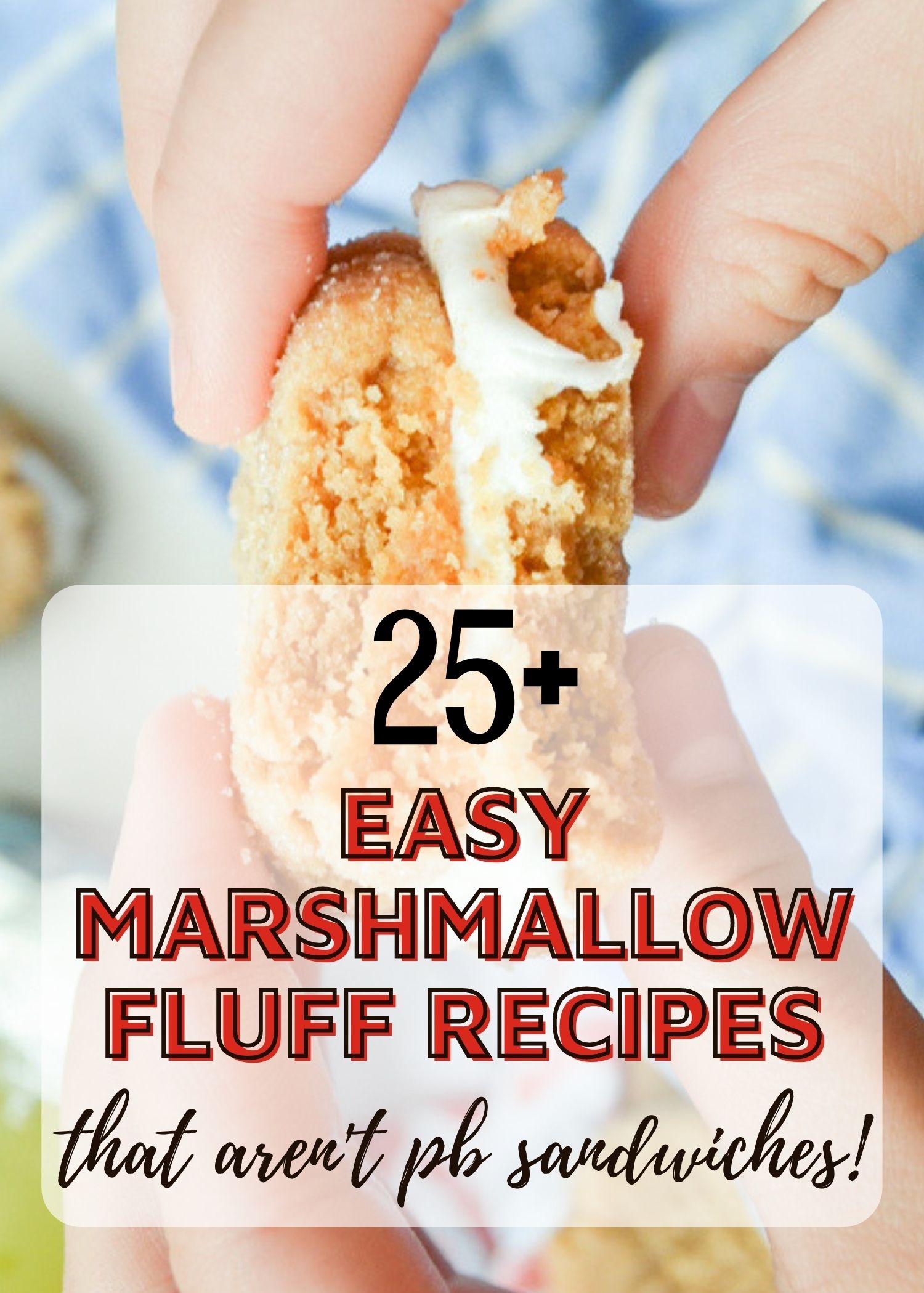 25+ Recipes For Your Marshmallow creme That Are Easy To Make