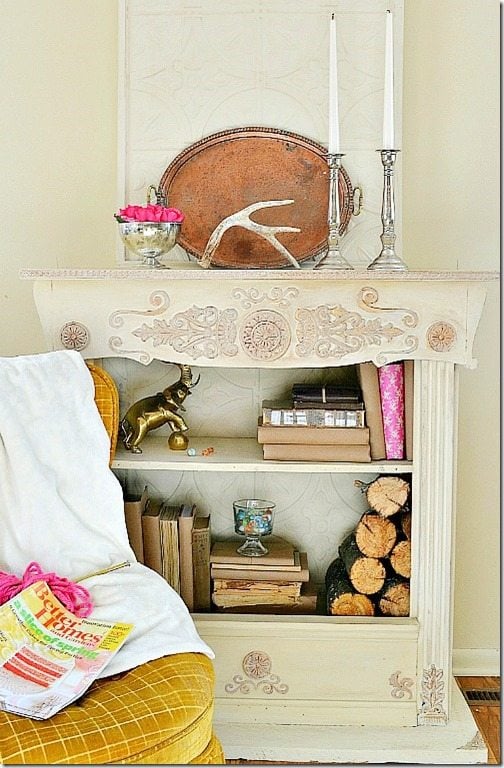 It isn't every day that I decide to create a bookcase fireplace.  But this little corner of my house has been waiting to become something special, and I've always said a fireplace was what it needed.  But we weren't going to put a fireplace in, so eventually I decided to make my own fireplace! 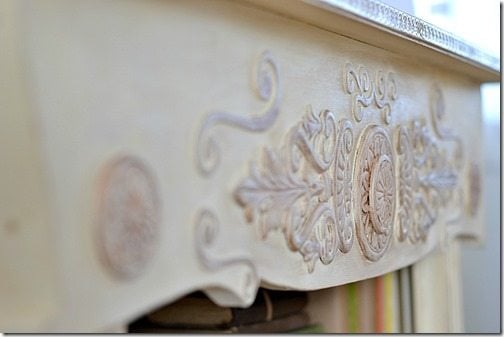 You got that. That fabulous fireplace started out like this… 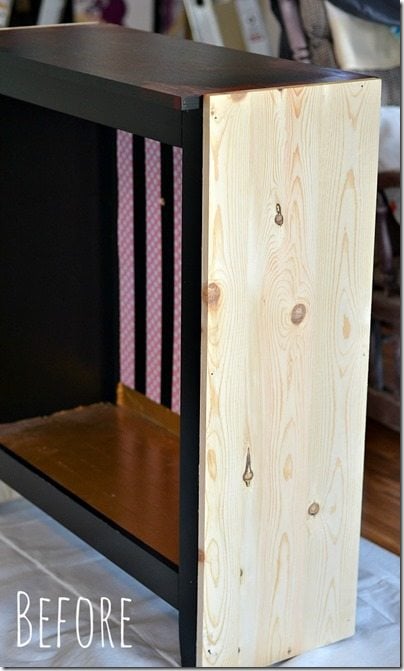 I also salvaged these for this project… 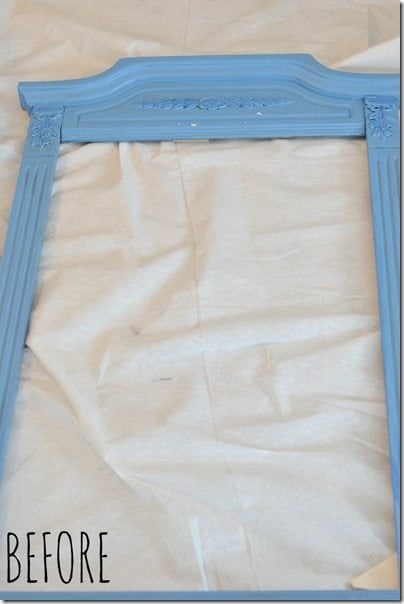 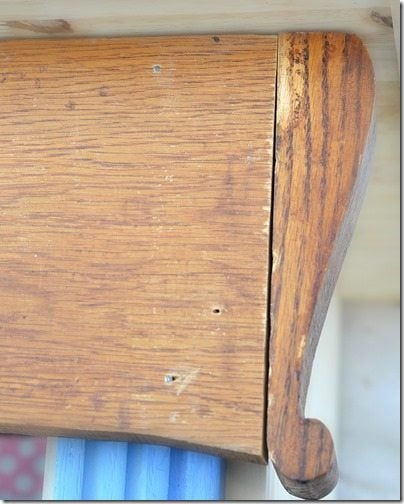 An old mirror frame and footboard. I liked the scrolly flare the footboard had. And that mirror? Well, look at the sides…don’t they just scream columns? Well, that’s what it was saying to me!

First, I put some cheap wood on the sides and top of the bookcase to give it some strength. Nothing fancy here. And, I’m sure there were gaps and ugliness galore. Functionality was the reason for this. Then I took this photo to get a general idea of what was happening. 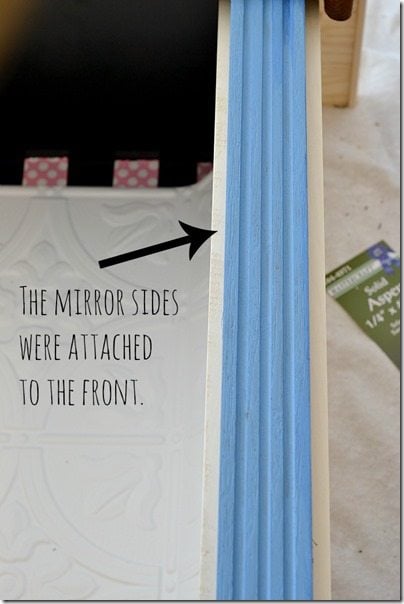 I cut the sides off the old mirror and attached them to the front of the bookcase for “columns”.  You could add any architectural elements you like, or just leave the sides alone.  I liked the antique look of my fireplace, but you could absolutely go more modern. 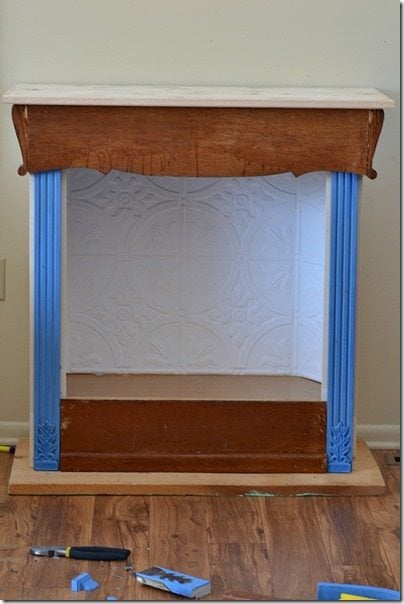 After the columns were on the side I cut down the old footboard and used the scrolly piece for the “mantel” and salvaged a bit of the remainder for a skirt at the bottom. I loved the scalloped edge that had…so pretty!  Once again, use what is available to you. 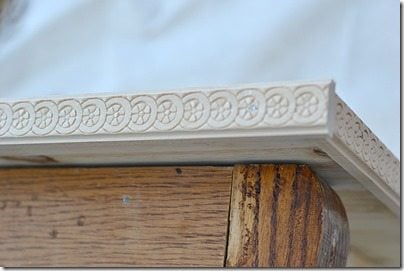 I picked up some sweet trim to give the top board a bit of visual interest and a nice finished edge. 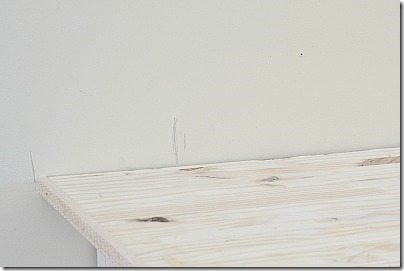 After I had the basics of the bookcase fireplace done I moved on to the chimney. I measured (go me!) the width of the tin pieces I was using and decided to go with that width. I marked it out on the wall so that it was center. You all say…doh! But, really…I almost eyeballed this. Could you imagine? Oh the horror! 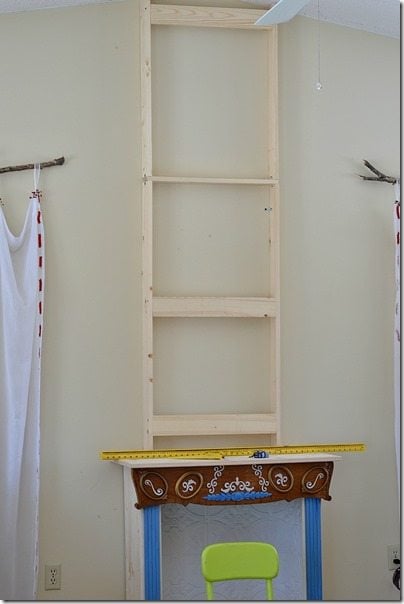 The chimney was a simple frame running the length of my wall and attached with L brackets. The tile panes would be put directly over that so there didn’t need to be anything fancy. 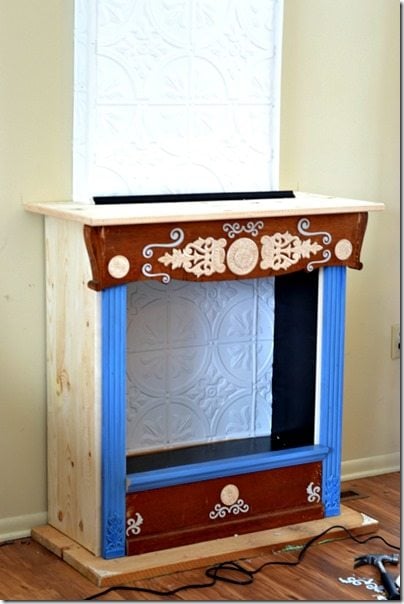 See the tin on the chimney? And a piece of corner edging on each edge running the length of the ceiling. Tin was also placed on the back of the bookcase. The best way I found to attach the tin…plain ol’ white finishing nails.

Do you see the pieces of chipboard and wood on the mantel? Well, truthfully…the whole entire project is a modpodge of items. Just one big giant mess!! But, add some homemade chalk paint to the whole thing. And distressing. You get… 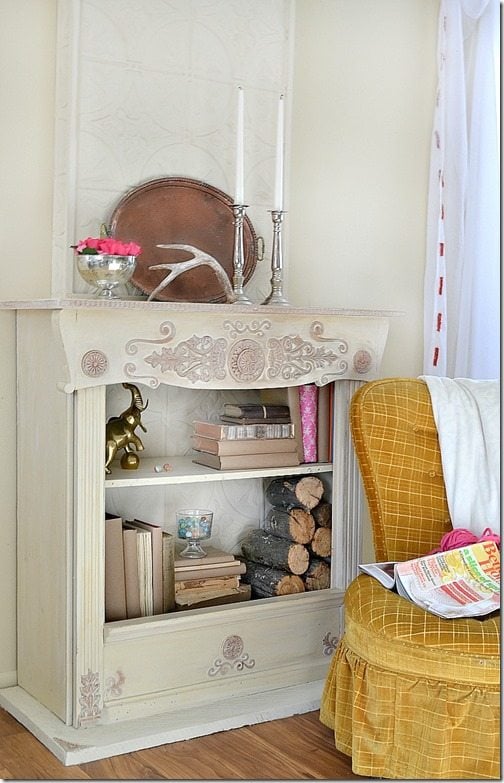 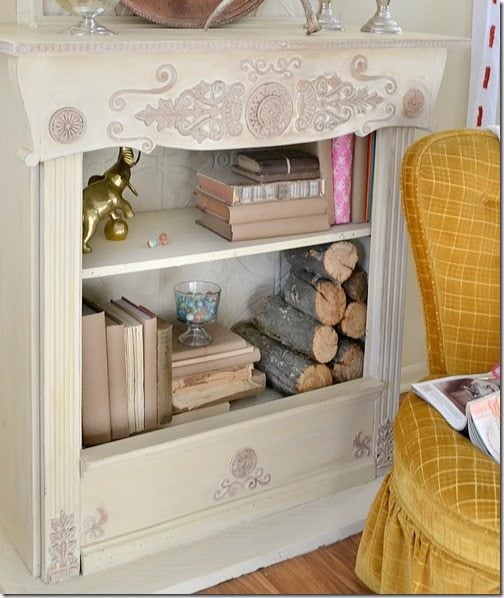 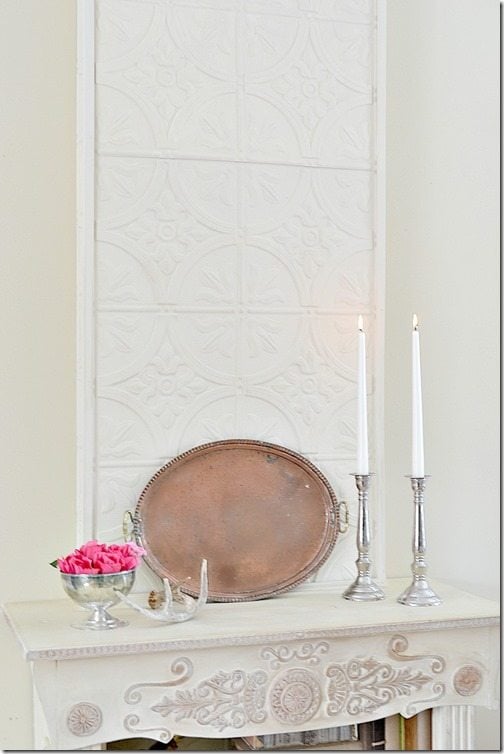 Let me tell you…this bookcase fireplace project was not easy. In fact, it was one of the hardest ones I’ve done to date. But it was certainly worth it.

Like this?  Here are some other DIYs we've done that require a little less work:

Note:  This bookcase fireplace would be hard to recreate exactly...but you get the idea of how you can utilize random great things around your home to make something else even more awesome.  Or you could go and purchase the supplies and get a fireplace that looks a little different.

2 thoughts on “How to make a fake fireplace”