Because it's tiny and packs a punch!

I KNOW you were asking why it's called a mosquito! Although, any readers from Minnesota didn't have to ask. You know. You know with a big KNOW! We thought it was fitting for a Minnesota coffee drink.

I realize many of you from other parts of the country and world also have mosquito's and might take to whining at me that yours are just as bad. That is probably true for WI. And maybe parts of MI. Heck I haven't been to Russia so maybe they have some mosquito's like ours there. But for the record, Minnesota has mafia mosquito's. As in, they will kill your brother and your mother and all your kids unless you pay up in blood.

These mosquitos don't joke around. They mean Business with a capital B. 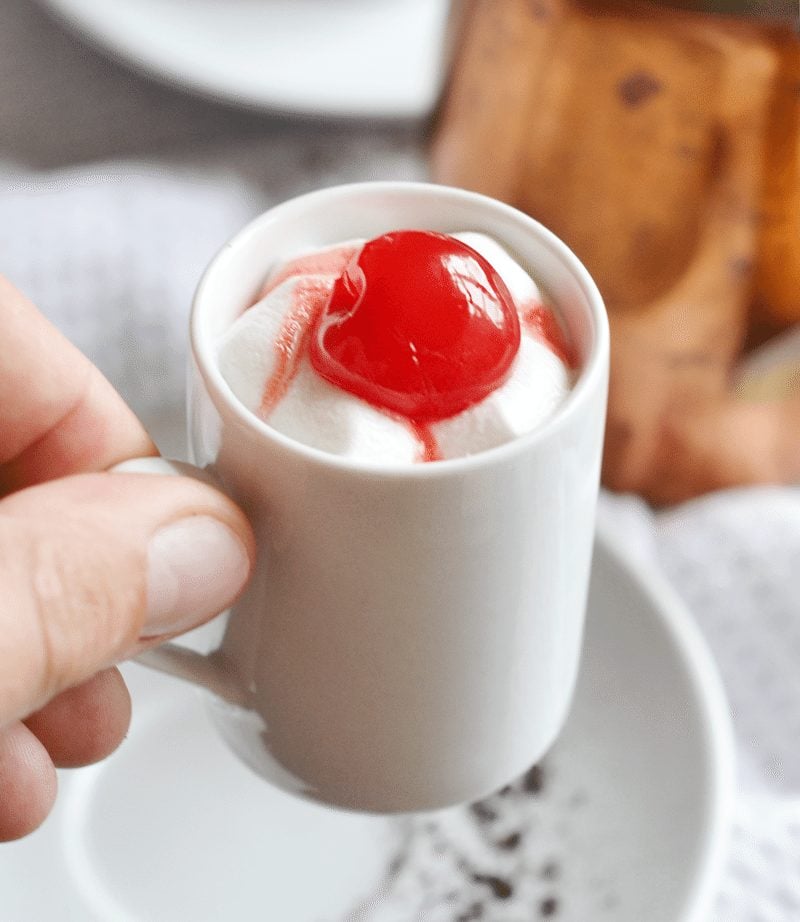 This coffee drink is just like MN mosquitos in that it doesn't mess around. It won't make you pay up in blood. It does, however, use cherry juice which LOOKS like blood. That was a happy accident and I was giddy with laughter when I realized I could work that in to this post :). And for it's tiny size, you will be astonished at the power it produces! 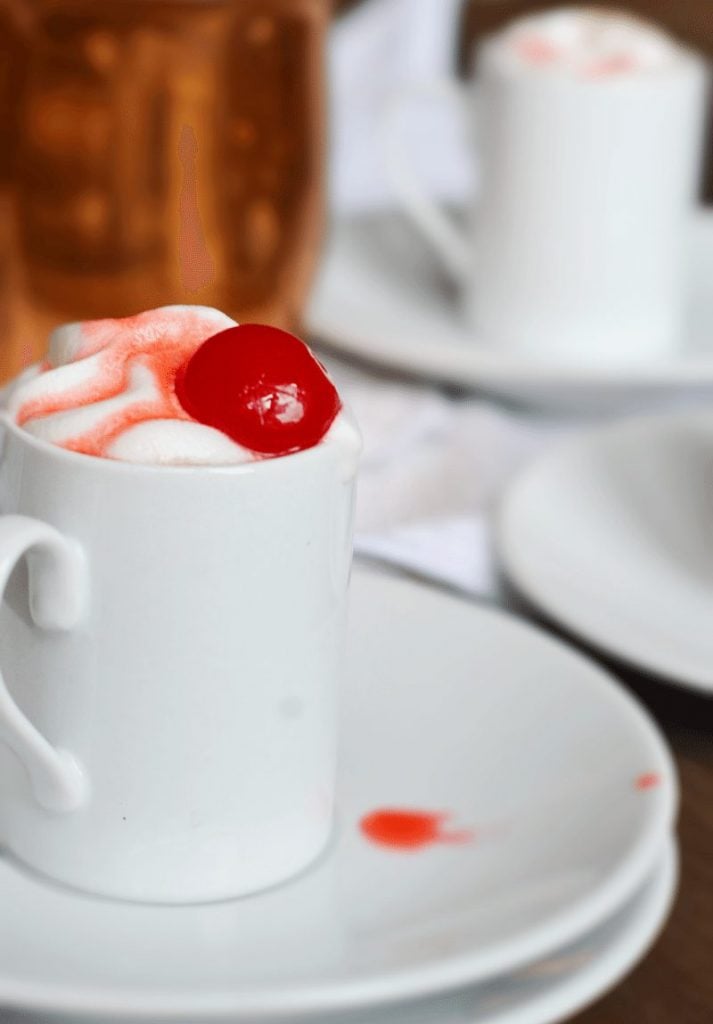 This coffee drink is easy to make, uses only 3 ingredients, and will make you grin each and every time you drink it (only because you'll remember this post and that you are drinking blood and not paying off the Minnesota mosquito mafia like I am)! Because coffee is the major player in this drink, use the best! Personally I'm a big ol' giant fan of Caribou Coffee (did you know they are from MN, as all good things are). Whatever your favorite is for coffee... use it!

This drink has 35 calories and 2 grams of sugar which means you can drink 4 of them every morning! I'm totally kidding. Don't do that. Or do. But, don't blame your poor choices on me. 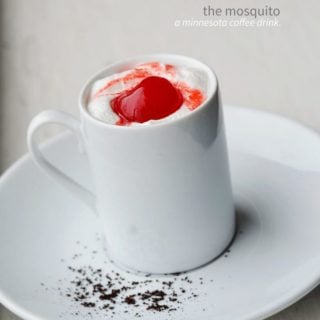