High praise, indeed. Although, I often fill my friends and neighbors with fruits of recipe testing. And it would be in their best interest to keep them coming :).

Oh wait, did that made you think maybe he was just saying that so he could get more pie?

It's true, though, this homemade banana cream pie is probably one of the best pies you'll ever have regardless of how many pies and cakes and cookies you might be brought. This will always be one of our family's favorite pies.

Light, creamy, and full of banana flavor, this is an incredible pie that couldn't be easier. In fact, so easy you'll question if it is really as good as you think.

Yes. Yes, it is. Don't question a good thing. Just roll with it. Make it repeatedly and bask in the compliments. Your confidence can use the easy boost.

I rarely use a recipe that requires purchased or boxed ingredients or anything that isn't made from scratch. In the case of this pie recipe, however, I have yet to find a better banana cream pie recipe and gladly buy simple ingredients.

Vanilla pudding and bananas is quite simply the best combo you can get. Soooo yummy and loved by just about every human in the galaxy 👽 ❤ 🥧 .

My 15 year old son can make quite a few dishes, himself. I imagine being my son has it's benefits (although, he might think there are a few disadvantages to having from scratch pizza instead of a frozen one. Or, homemade cheeseburger helper instead of the boxed stuff. It's that grass is greener concept, I think.) and he may have picked up a few more cooking skills than the average teenage boy.

Still, he would rather not make anything more difficult than ramen. Or leftover pasta. But pudding is a favorite and he will whip up a bowl full and head for homework with that giant bowl of pudding and a spoon.

Do all teenage boys put away food as quickly as mine does?

Anyways, this is a pie he has made for me, on occasion, because it's only a couple steps more from the pudding he is already making. And he totally shrugs off the compliments about how yummy it is as if it's NBD.

I see him, though. Secretly he is loving the attention and compliments and just trying to play cool :). It's so freaking cute!

How to make No Bake Banana Cream Pie:

Can you freeze a banana cream pie?

How do you keep bananas from turning brown in a pie?

In the recipe I'm giving you, the bananas are buried under the pudding and you really don't need to worry about this. However, a great way to keep bananas from browning is to slice them into a bowl, add a very small amount of lemon juice, and coat the bananas in the lemon juice. The acid keeps the air from browning them.

Can I use homemade whipped cream?

You know, I think you can. I'll be honest, though, and say I never have. I use the frozen kind for this pie because I believe the consistency would be different if I make it from scratch. And that's saying something, guys, I RARELY believe in buying the frozen whipped topping. IN this case, though...I highly recommend buying the frozen kind.

What pie crust do you suggest?

I prefer a baked pie crust for my banana cream pie. My favorite is my butter and lard pie crust...so good! Most often, I simply buy one in the dairy section of my grocery store and bake it up before I make the filling. This is a great recipe with a graham cracker crust or even a vanilla wafer crust.

So, this is one of those easy recipes for beginning bakers of any age because it is simple to make, doesn't require fancy equipment, and can be completely no-bake.

This weekend, get out the ingredients and recipe and get your kids in the kitchen with you! Teach them this simple recipe and let it be their "special recipe" to impress others with their baking prowess. 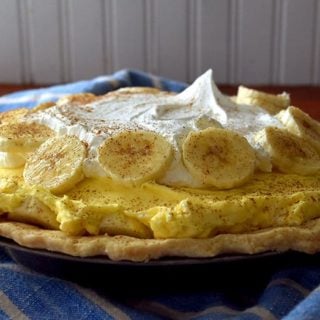 Other pie recipes you will want to try!

What do you make when your budget is tight, your time is limited, and you just don't have the energy to be creative? We've got you! 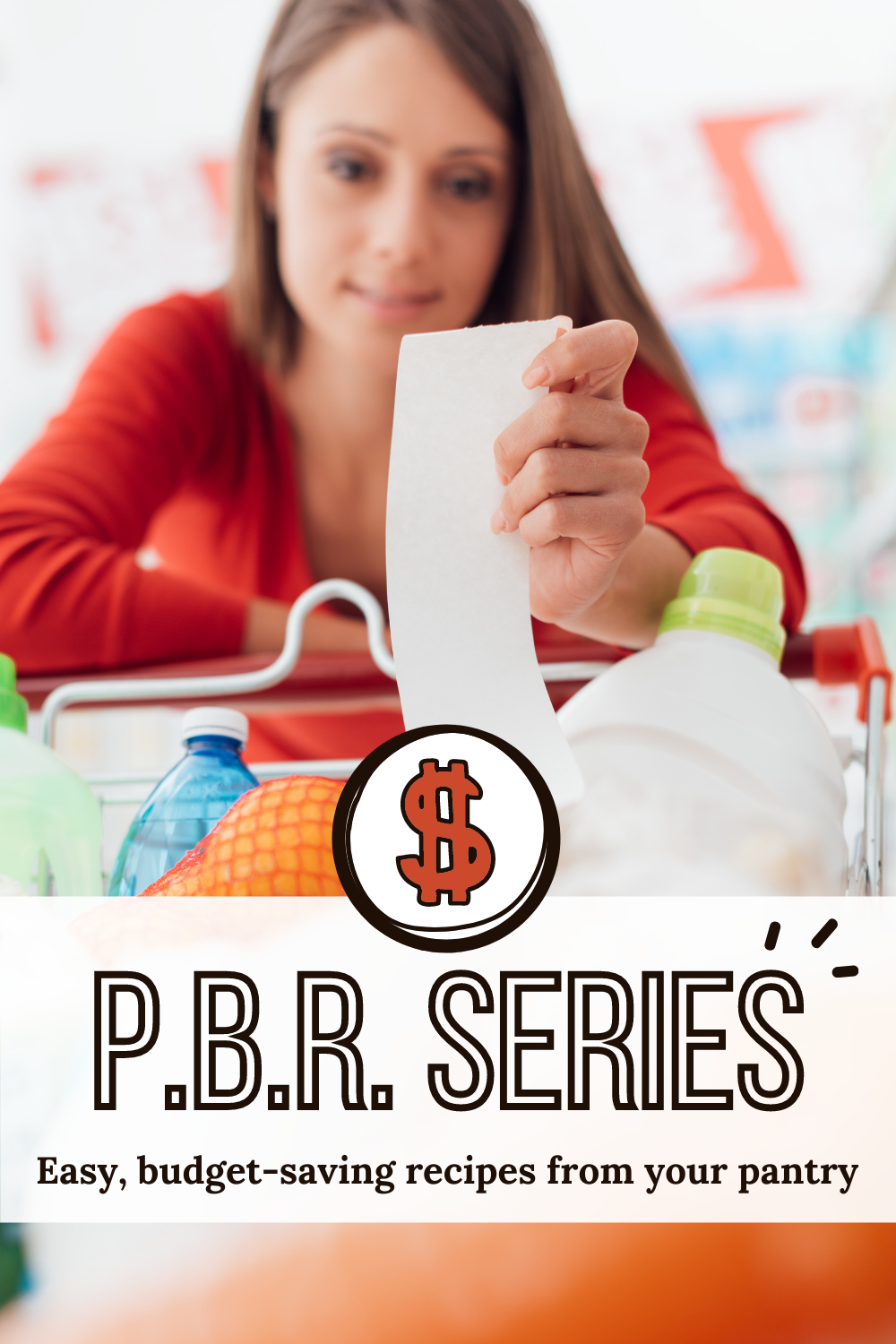