Make your own cream of mushroom soup with little time and effort using the Instant Pot!
Jump to Recipe Jump to Video Print Recipe

Skip the canned cream of mushroom soup and make up your own homemade mushroom soup! Better than the canned version and with multiple ways to make it AND a dairy-free option, you will never go back to the can again!

Yes! You CAN freeze this soup for several months and pull it out only as needed for your tater tot hotdish (or casserole as many of you so wrongly call hotdish :))

If you love tater tot hotdish you should try our Sloppy Joe Tater Tot Hotdish for a fun change. Your family will love it!

Homemade cream of mushroom soup takes only 15 minutes, can easily be adapted to whatever mushrooms you prefer, and can be made on the stove-top or in the Instant Pot.

There are several versions of the Instant Pot. I have one of the larger version with all the bells and whistles. Honestly, I would get THIS simpler version (affiliate link) if I were to buy it again.

Most often I make this soup with the purpose of freezing it and using for casseroles later on. Because I'm blending the soup down to create that smooth consistency similar to the canned version, inexpensive bella mushrooms are perfect!

Tip: This soup is DELICIOUS without blending. If I intend to serve this up for supper I dice portabello or shiitake mushrooms (or a blend) and skip the blending. Sooo yummy!

Using potato in your cream soups helps create a great texture and consistency without needing to add even more cream or milk. This is a particularly great trick for the dairy-free versions.

Tip: grab frozen hashbrowns to sub for the diced potatoes if you are blending this soup down. Easy and achieves the same purpose!

If you can at all help it, don’t skip the worcestershire sauce.

And why is that word so hard to say?

Anyways, worcestershire sauce is a simple addition that really makes the flavor of the soup bolder and more delicious. Give it a try and I bet you'll be convinced!

The dairy-free version (the one in the picture above) uses cashew milk instead of traditional milk, a bit of olive oil instead of butter, and takes on a darker hue than the full-dairy version. That's normal. It is utterly delicious and gentle on those lactose-intolerant bellies!

How long does homemade mushroom soup last in the fridge?

You can store the soup in the fridge in a tightly sealed jar for up to about a week.

Can you freeze homemade mushroom soup? 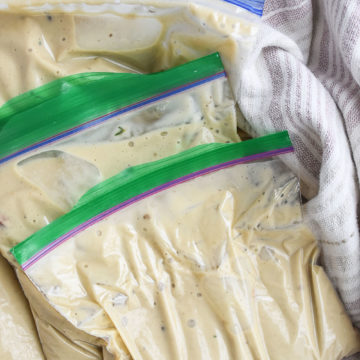 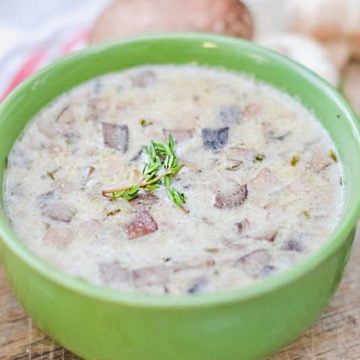 If you have an immersion blender I would recommend giving this soup a good blend. Blending this recipe into a bisque is delicious and brings the mushroom flavor out even more! 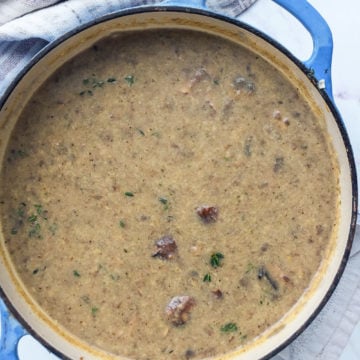 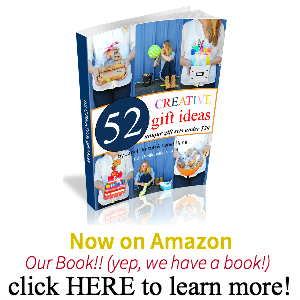