Today I am so excited to introduce you to a new member of the NellieBellie team. Stephany is a MN native like all of the NB team. In fact, she hails from my hometown... woot! This lady is immensely talented, funny, sassy, fun to be around, and just a breath of fresh air. This is the second year in a row her YouTube channel has been nominated for an Emmy. Say what?!? Right, isn't that just the coolest! But rightly so...her video skills are phenomenal!

As if that isn't cool enough she was a finalist in the international cocktail competition for Jamie Oliver called Jamie Oliver's Drinks Tube Star. You can read about that HERE. All in all, we are super lucky to know her in real life and couldn't be more excited to introduce her to all of you. We know you will enjoy Stephany as much as we do! 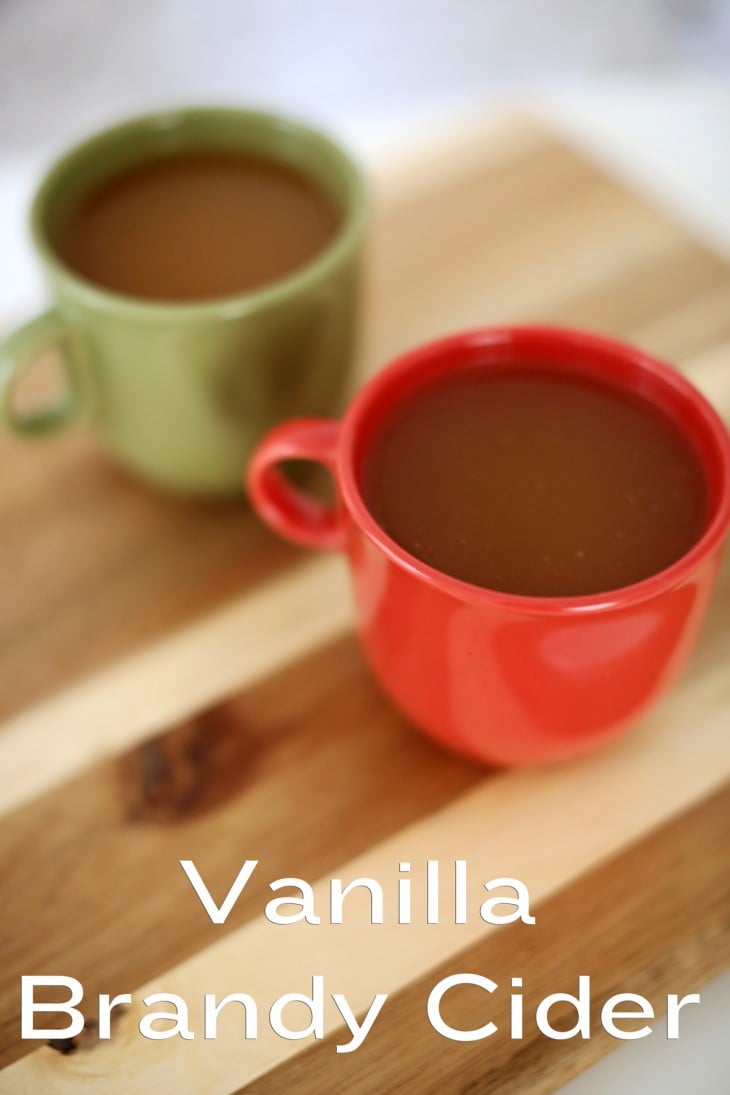 Oh Summer, you were great.  I had a good, sweaty time, but I gotta move on.  I will dream of you in January but until then; Hello Autumn!  I've missed you and all of the warm, deliciousness you bring!  Apples, pot roasts, pumpkin pies and apple cider, oh my!

And now that I am not sweaty anymore, I can start to dream of one of my favorite fall drinks: Vanilla Brandy Cider.  The warm beverage season keeps my insides toasty and happy.  Yes, yes, there are pumpkin spice lattes, hot chocolates and my yummy Tom & Jerry, but my Vanilla Brandy Cider keeps me smiling all fall long.  And you want to know why?  Because: brandy. 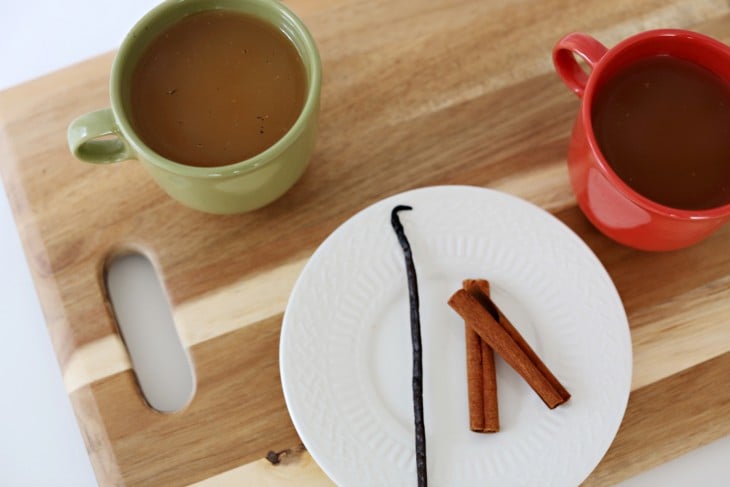 Good enough reason, right?  Brandy pairs with apple cider so perfectly, like peanut butter and jelly, but in the liquid sense.  It just works.  Here is a quick history lesson on brandy if the thought of it doesn't exactly get your mouth watering.  Brandy, if you don't know, is grape based and the name is the Dutch word for "burnt wine."  It can be made from the juice of not only grapes, but apple, blackberry, or any fruit that, when mashed, makes juice.   Basically, if you like wine, you will like this.  And if you don't like wine, you will still love adding brandy to apple cider.  This concludes your random alcoholic beverage facts for the day. 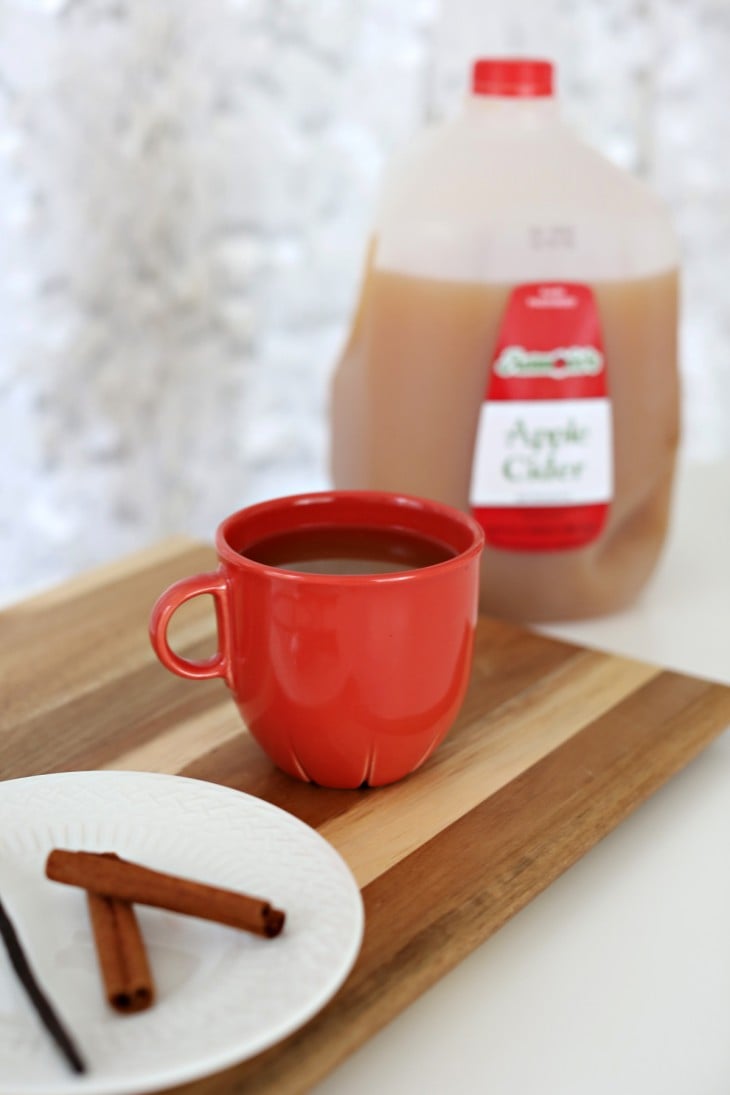 Back to my go-to fall cocktail.

Yes, it's as flavorful and tasty as the name suggests. Would you believe it warms your bones when the air gets nippy?  Fact.  That is why I love it and why I buy a couple of gallons (yes, GALLONS) of apple cider from my favorite local apple orchard.  Apple cider keeps its freshness for a few months and if you buy a great cider late in the season, it can last well into winter.  Simmering a vanilla bean into the cider just ups the flavor to an insane level.  The hot cider mixed with the vanilla, plus cinnamon and the brandy is a fiesta for your nose.  The scent is heavenly, followed by the taste which is off-the-charts-fall-goodness. 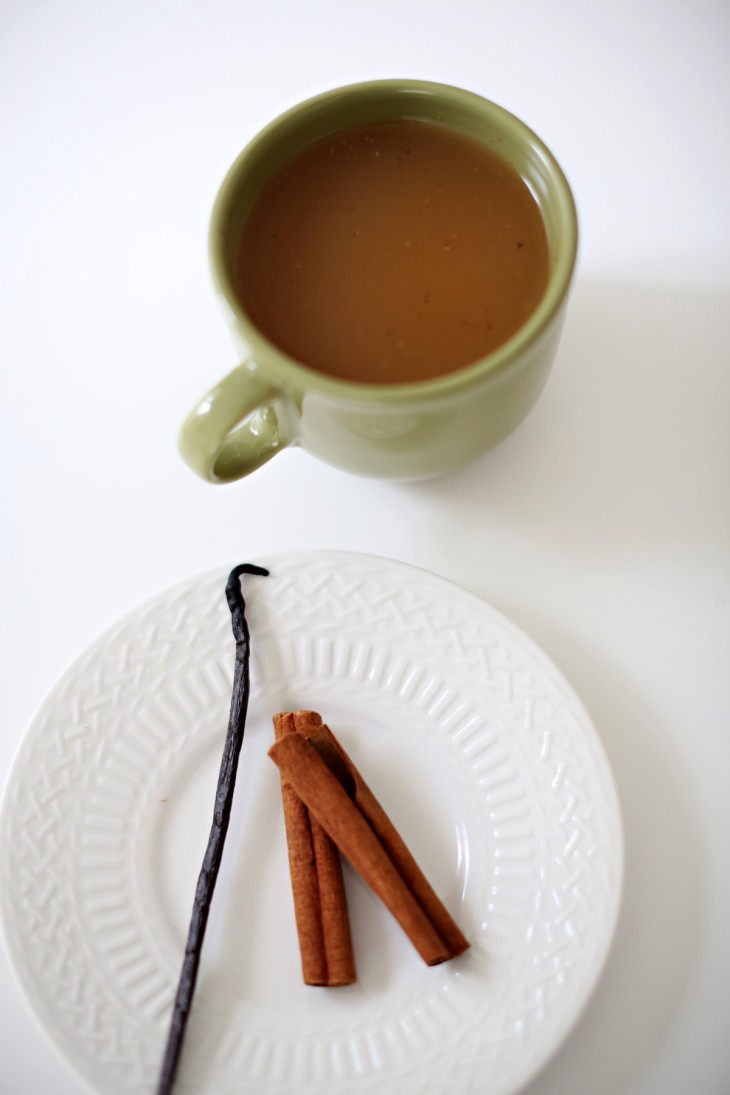 Have I sold you on the idea yet?  Yes?  Fabulous.  Here is how you make your own Vanilla Brandy Cider.

½ of a vanilla bean, split & scraped

Combine 3 cups of apple cider, cinnamon stick, and vanilla bean in a small saucepan and bring to a low boil.  Simmer for 5-7 minutes, stirring occasionally.  Strain cider to remove cinnamon and vanilla bean contents.  Fill a mug ¾ of the way with cider.  Then, add 2 ounces of brandy to mug, stir and enjoy.  Makes enough for 2 servings.  Feel free to double the recipe for a group, but 1 cinnamon stick should suffice for a larger batch. 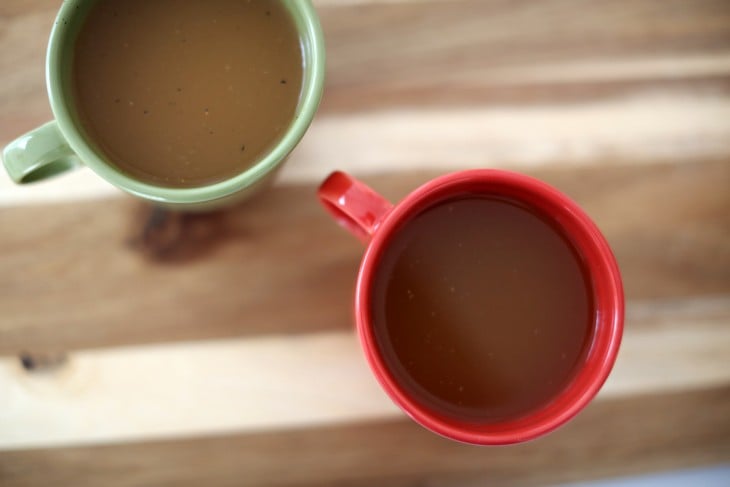 If you want more cocktail creations, head over to my blog, Making it with Stephany and search "cocktails".  There I keep the easy and unique cocktail recipes (some with fun videos!) that I have mixed up.  Yum!