Thank you Dunkin' At Home for sponsoring this maple latte! Find our full disclosure here.

There are gorgeous colors starting to show on the trees. One of the trees is in full orange-fire and absolutely breath-taking. Of course, the downside of the gorgeous colors is that falling snow isn't too far away on the calendar. Here in MN, snow is as certain as taxes.

It just is a part of this beautiful state's personality...as is our Paul Bunyan!

Minnesotan's have learned how to adapt and thrive in the ridiculous winters of MN. We pull on the sweaters, pour up the coffee, and on the long winter days, humor ourselves with folktales of Paul Bunyan, Babe the Blue Ox, and Paul's wife Lucette (I know! Did you know he had a wife?). We own shirts, hats, scarves, tea towels, and more featuring their pictures; we've erected statues all over the state that we flock towards to take pictures with, and, in my case, I make cozy drinks named after these folk legends. It just helps make the MN winter a fun place. And gosh, we got to do a little something to deal with them, folks. Thanks to Dunkin' Donuts® Bakery Series Coffee, I can stay a bit warmer this winter :). 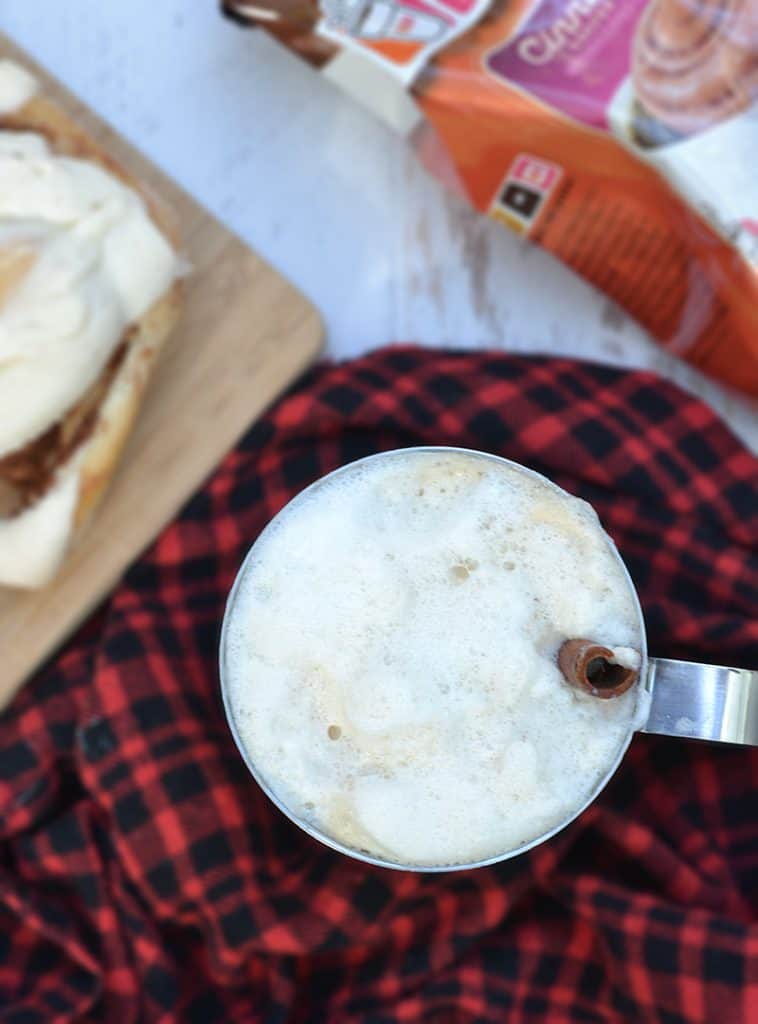 Today is the recipe for my Paul Bunyan Cinnamon and Maple Latte.

If you don't know, Paul Bunyan is a giant lumberjack of American folklore. His tall tales are all about his superhuman labors as a lumberjack and his companion Babe the Blue Ox. As a child, my grandparents would take us kids to Paul Bunyan Land in Brainerd, MN (raise your hand if you remember this place!) where a 27 foot Paul Bunyan would greet us by name, and we could mail postcards from his mailbox. 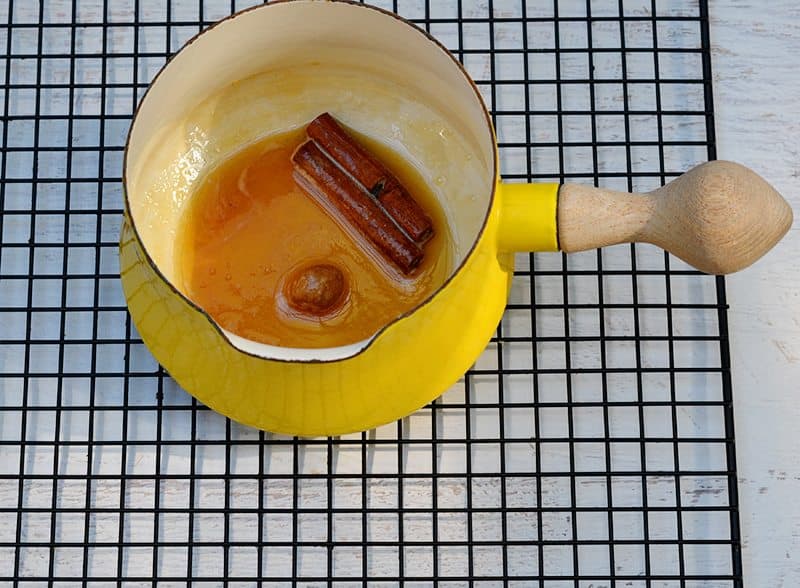 Part of the many tall tales that come along with Paul Bunyan's creation of the Grand Canyon (by dragging his giant ax in the ground) and the creation of the Great Lakes (so Babe could get water) is Paul's love of pancakes and maple syrup. In fact, there is a beloved children's book "Paul Bunyan and Babe the Blue Ox's The Great Pancake Adventure" all about it. Therefore, it is only fitting and right that the Paul Bunyan latte is made with real Maple Syrup, Cinnamon Roll coffee, and whole, fresh milk. 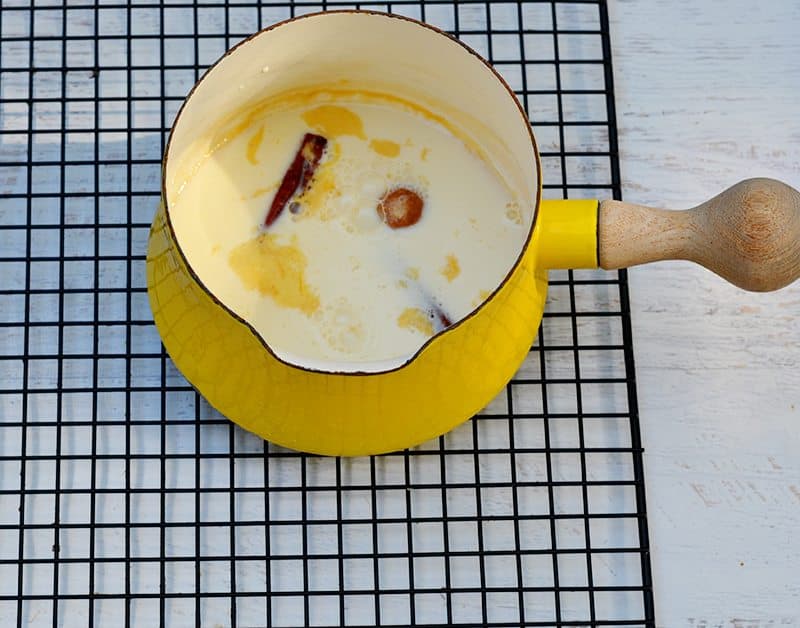 This uses cinnamon sticks and whole nutmeg (give it a good press to crack it and release the flavors) to flavor the maple syrup. And, of course, whole milk. None of this skim business for Paul. He's a big guy! Heck, give him a double shot of whole! 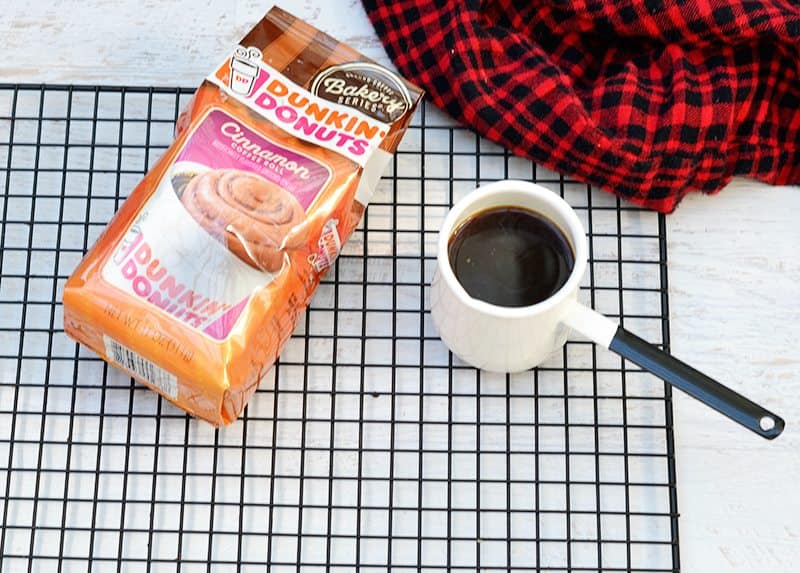 Good, strong coffee. Seriously, make that stuff strong! And, use Dunkin' Donuts Cinnamon Roll coffee, dontcha know (you can pick it up where you buy groceries). See, Paul's mom used to make him huge batches of cinnamon rolls for breakfast. She used a 3-foot giant cast iron pan specially made for Paul's rolls. Cinnamon Roll coffee is a nod to her great feat. 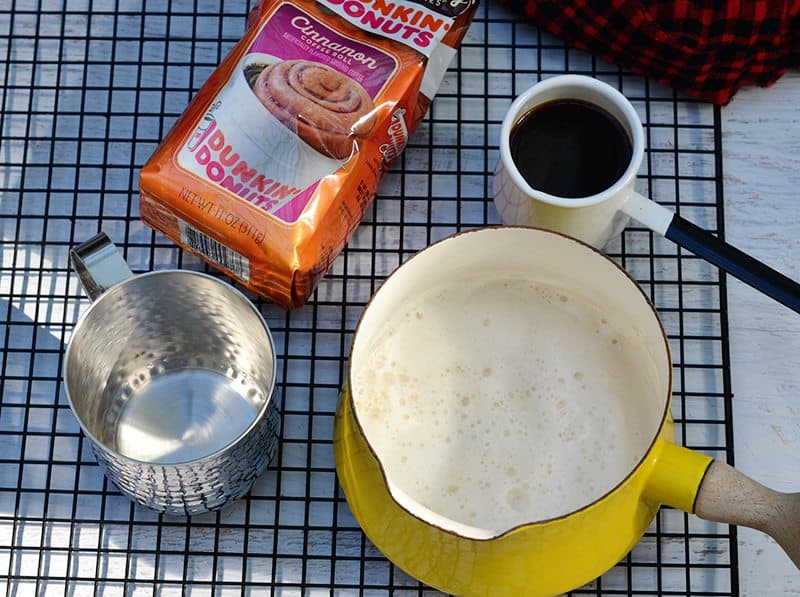 Did you know that you can froth your milk in a mason jar if needed? Pour the warm milk into a mason jar, close the lid, and shake it! You'll get a decent foam without the need of a frother.

Here's my trick for foam: an immersion blender. I use one all the time for soups and found it also works great as a frother. Double use! 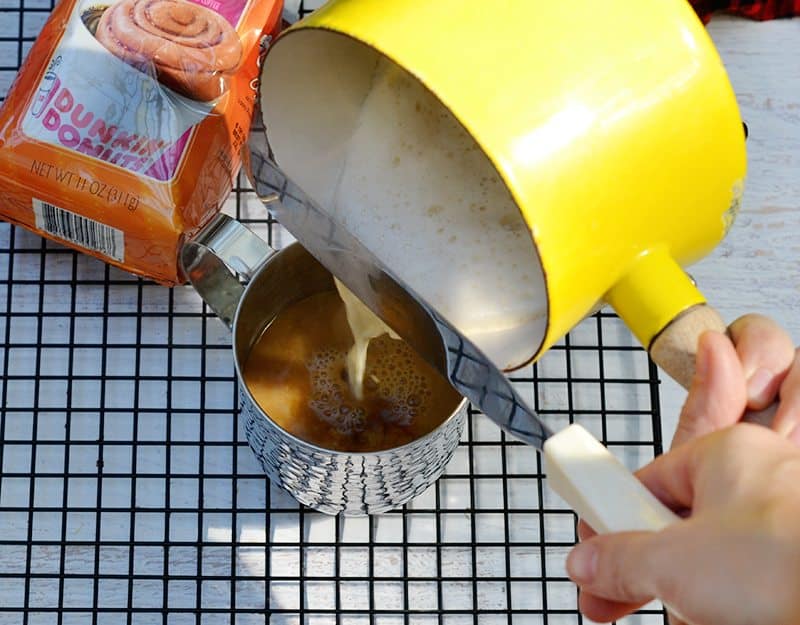 Pour your coffee into the mug, the milk goes in next (hold that foam back!), and then pour the foam on top. Do not stir! Go Paul! 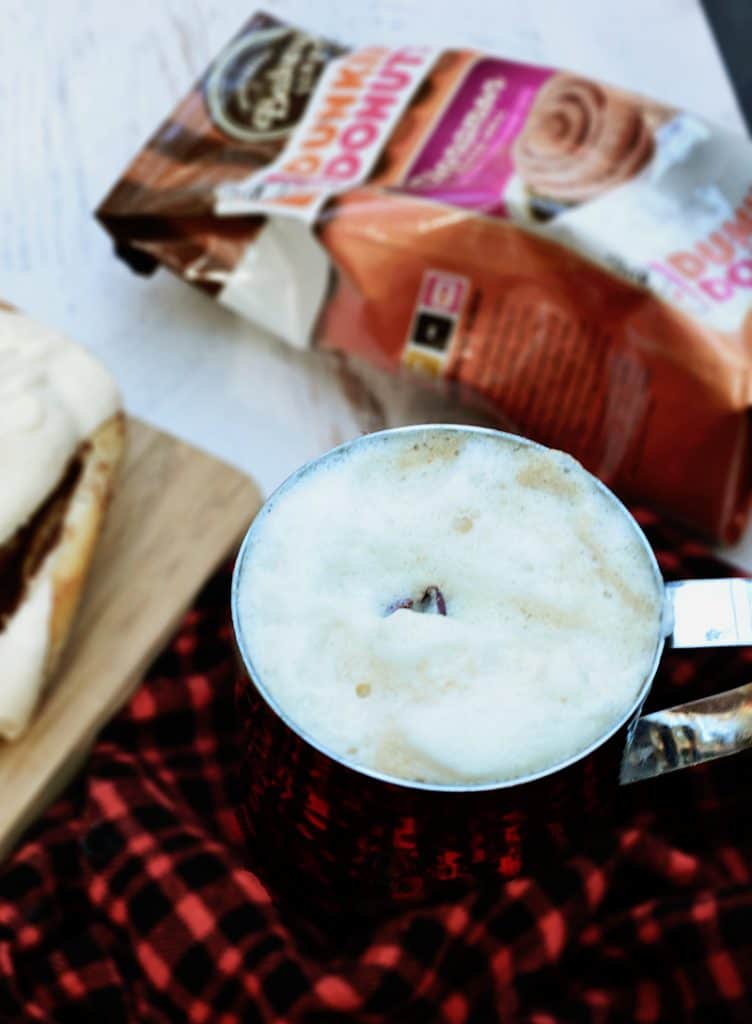 I had this yesterday on my deck and thoroughly enjoyed the gorgeous fall afternoon. Sure winter is coming, and I'm dreading it a bit, but I adore my state and the humor in which we all deal with the crazy cold and snow. Bring it on!

Make a Paul Bunyan latte, whip up a stack of pancakes, and enjoy an afternoon with your family... Minnesota style.