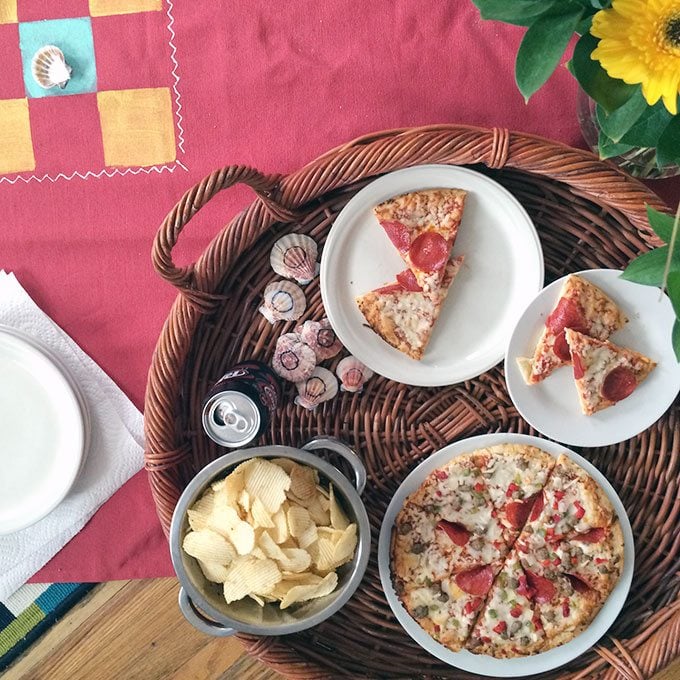 Spring pretended to come, so we had this great idea to go outside and have a picnic pizza party.  See, we love the idea of using pizza for picnics.  Skip all the mess of buns and burgers and condiments and potato chips and all of that...cook up some pizzas in the oven instead.

That's allowed.  Really, you can still be an awesome woman and not do a "real" picnic.  You can even skip the picnic.  Or tell your husband he's in charge.  Or your kids.  Gasp!  But, if you want to have a picnic, but don't want a ton of mess; a pizza picnic is a really good choice.

Sometimes we get paid, or receive product, for talking about particular companies or products. Smart on us. Find our full disclosure here.

Head outside with a blanket, or down the street to the park, and you're set.  Okay, you might want some beverages.  But really, that's it!

No silverware.  No napkins.  No plates.  Just slices of pizza that go directly in people's hands!

So we decided to party indoors with an indoor picnic pizza party!  An outdoor pizza party is probably more awesome...but our indoor one was pretty great. 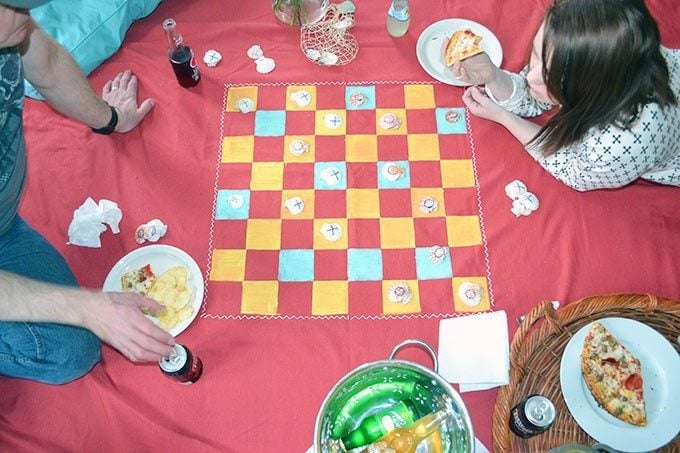 We baked our pizza, which is the perfect size to fit on a really big plate, and put our sodas in a giant bowl, and set everything out on our living room floor.  If we were doing this outside, we would have done the same thing...except brought it outside on the ground.  And we would have put our pizza's back inside their boxes for transporting them if we walked down to the park. Pizza that conveniently comes in boxes!  Yes!

We like to think they were planning on people having many a picnic pizza party when they made that marvelous decision.

Bake your pizza, put it back in the box to stay warm, and then take it back out when you get where you're going!  You might be worrying that they'd get soggy, but nope.  They're crunchy, and will stay pretty crunchy for a short drive.  Not an hour.  But a bit. 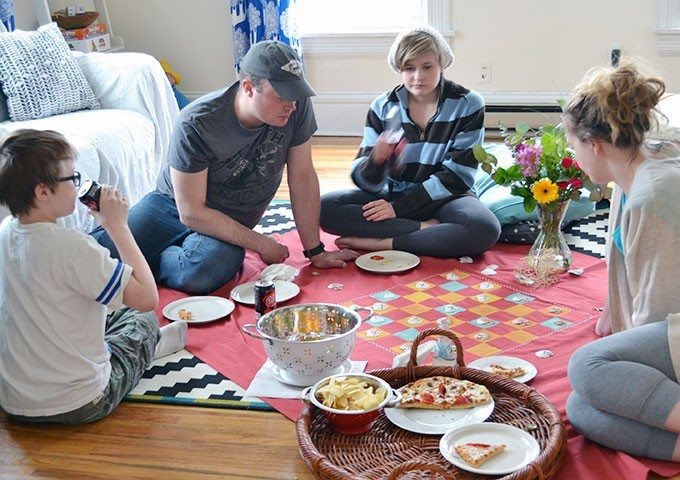 We have an awesome picnic blanket by the way (make your own with this tutorial), with games built into it.  We were having a checkers tournament here.  In this house, nothing is more exciting that full-on checkers tournaments.  Later we played chess.  Even later we pulled out Mexican train.  We were going to play cards, because everyone says they are the most fun...but we never got there.   Checkers distracted us. 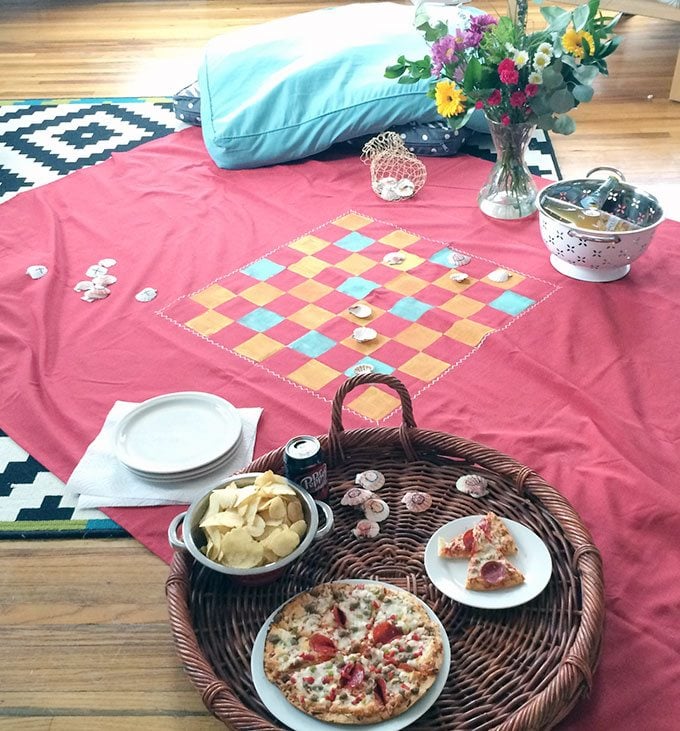 Another plus with pizza picnics; less mess!  You wouldn't expect it, but pizza really is less messy than sandwiches or burgers.  We just had a few plates from where we'd put the pizza to clean up.  And a chip bowl, because we wanted to be cute.  Normally we'd just eat out of the bag.  Doesn't everyone?  And did we mention that these pizzas cost less than burgers or hot dogs would?  Really...they're pretty affordable. 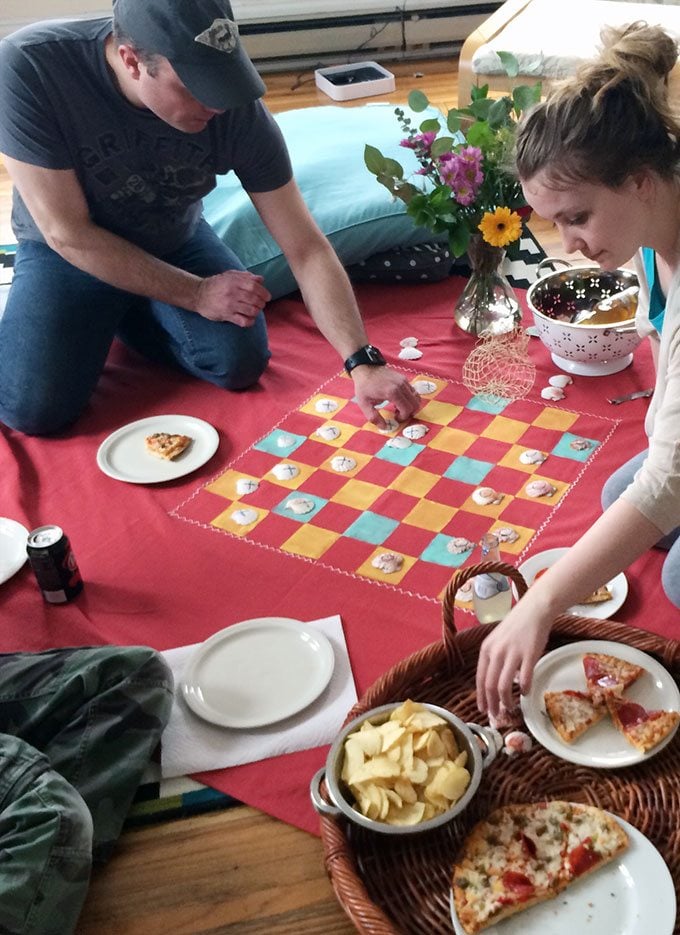 Now that you've seen our awesome picnic pizza party, imagine it outdoors and in the sun.  Isn't that even more awesome???

Now...go forth and be awesome.  And by that we mean you should continue the trend of having pizza picnic parties.  Everywhere.  All the time.  Because they are great. Keep it simple whenever you can and remember it's about the experience and relationships!