“This post is part of a social shopper marketing insight campaign with Pollinate Media Group® and TONY’S® Pizza, but all my opinions are my own. #pmedia #BigPizzeriaTaste http://my-disclosur.es/OBsstV” Find our full disclosure here. 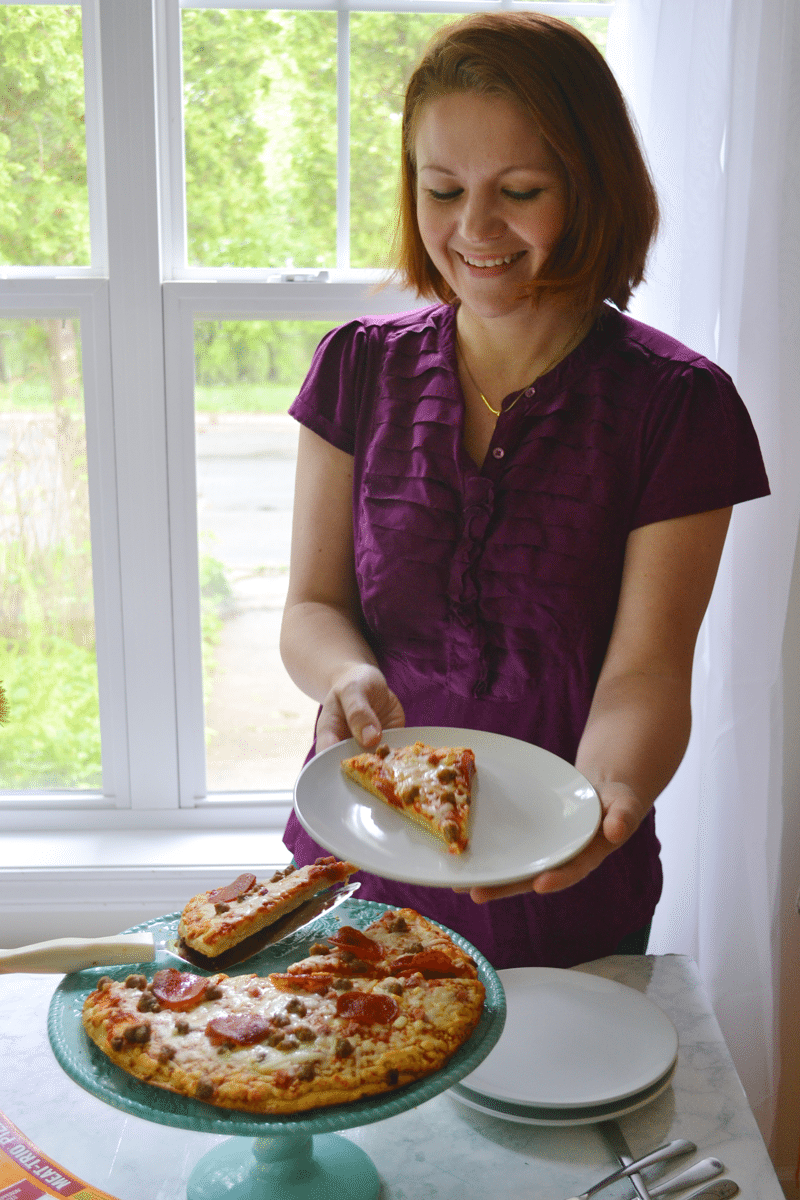 It's true, if you were to come over to my house anytime in the next couple weeks I would throw you a pizza party. Because when you are moving from one home to another pizza is the absolute BEST thing for feeding a crowd of helpers.

I do take the extra effort to serve my helpers pizza on real dishes, have fresh flowers on the table, and even serve the pizza from my aqua cake plate. You know how much I believe in the little things. And I swear these little steps make my helpers think they are getting a four-course dinner. You know, cheese pizza first. Then the pepperoni, sausage and mushroom, and lastly the supreme. Four courses :). Baha!  And TONY'S® Pizza is just a great go-to pizza for groups like I've had around.  They're fairly big, crisp up well, are easy to grab at Walmart, and are also pretty inexpensive.  Score. 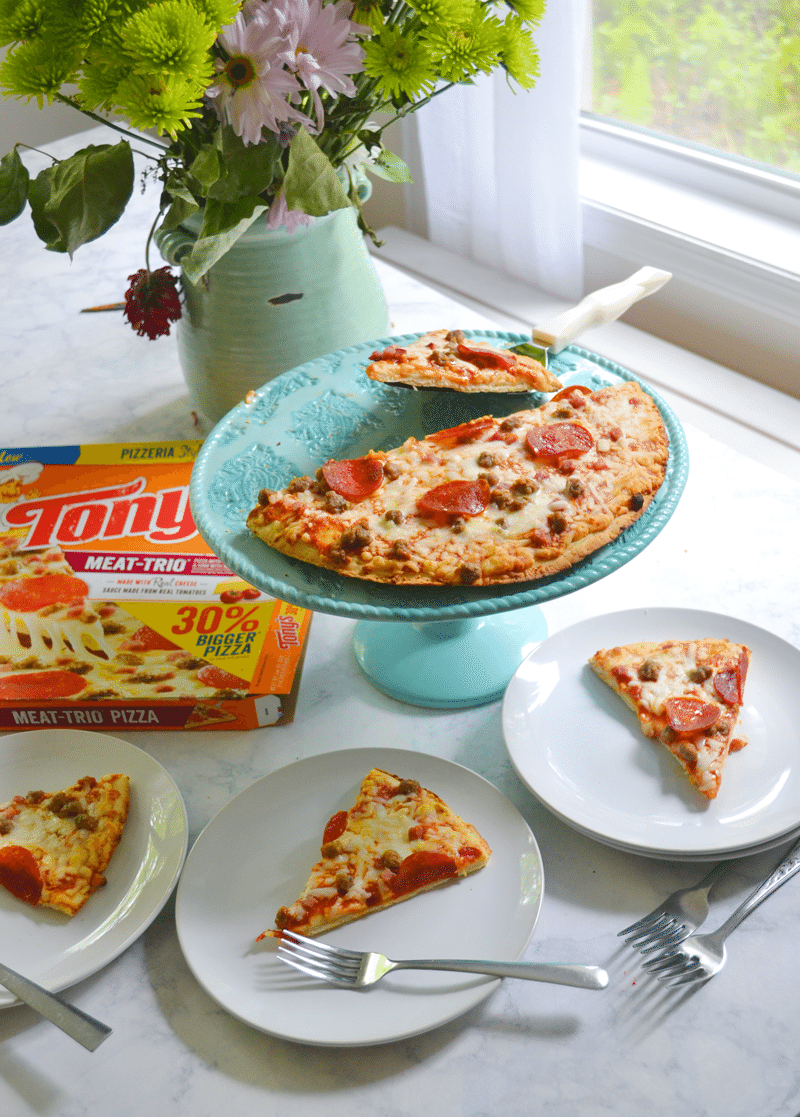 The move to this house has been rather easy because the apartment we are moving from is only about a mile away. We have been able to take a load here and a load there, unload and put it away, and then get more. Helpers were only needed for the large furniture (yay for a real bed!). But, thank goodness for macho men that don't think little women like me should be lifting heavy things. Yes, I realize there is a lesson in sexism that should probably be taught. But not when lifting heavy furniture versus drinking a lemonade and directing is concerned. Those are not the moments to argue women's rights and equality and such. Those are the moments to say Thank You Lord for a Momma that taught you to lift heavy things for females :). 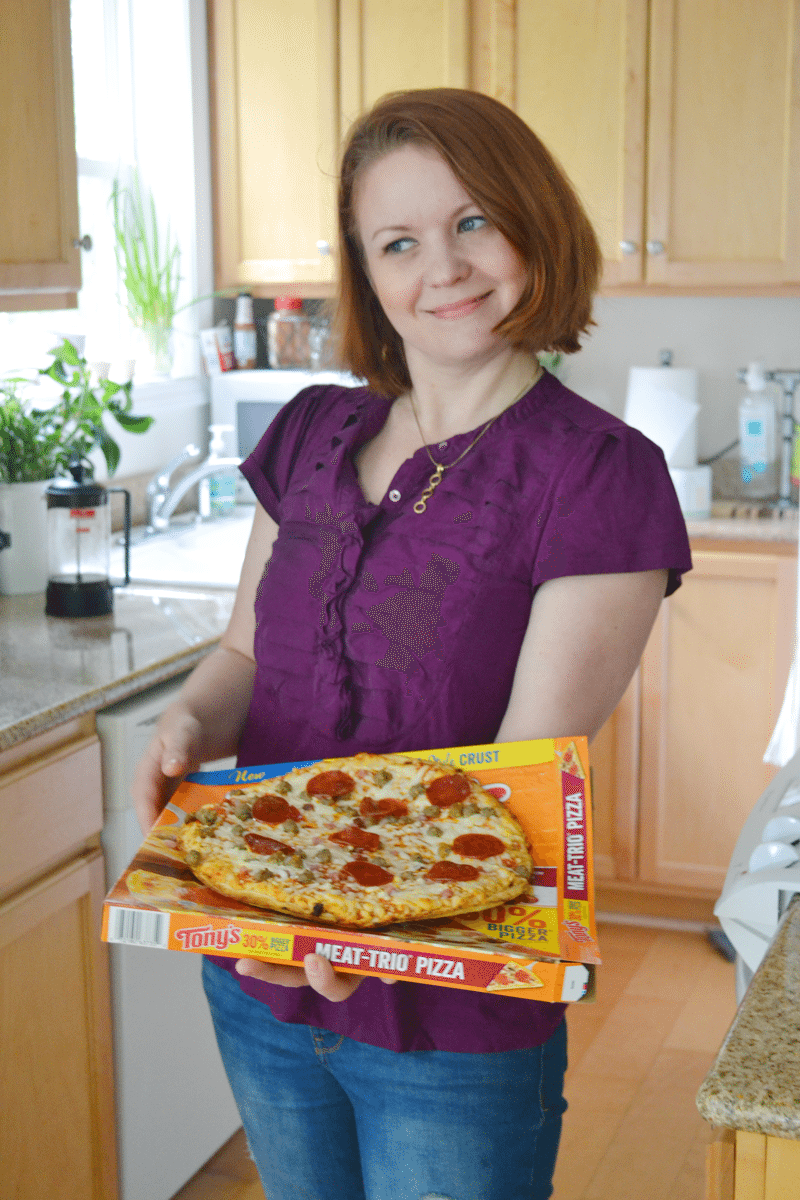 Hey, there's a peek at my itty bitty new kitchen. Do you see the star of the room, the dishwasher? We didn't have one at the apartment and oh boy was that brutal! I thought I would be just fine and told myself it wasn't that big of a deal to not have one. I was a liar. It's a really big deal. Dishwashers save families and relationships. 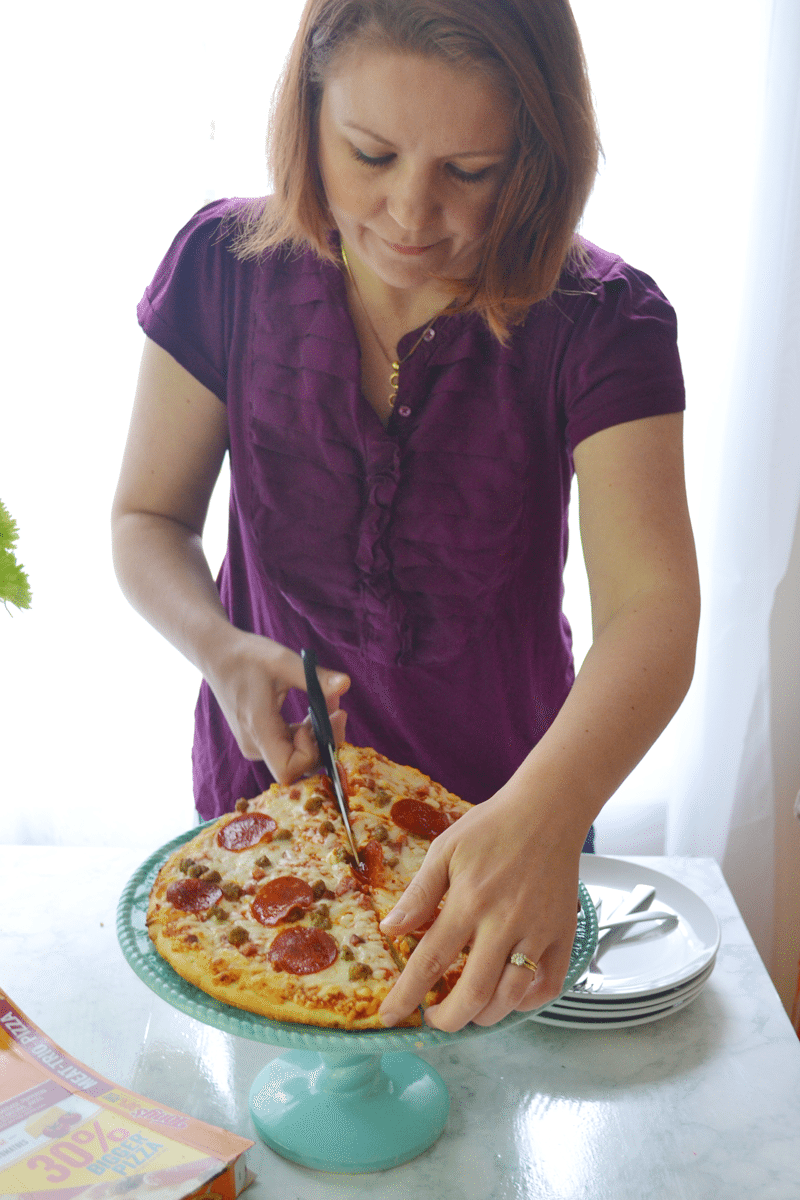 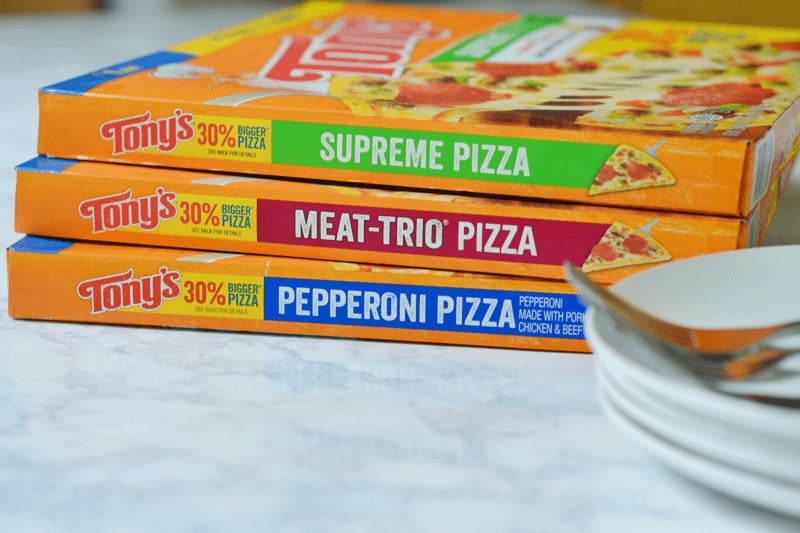 I'm so thankful for all the helpers that got us into our new itty house. I'll be showing you peeks and glimpses of our new life in our 900 square feet house in the months ahead. Transitioning from a big ol' house in the country with loads of space to an itty house in the city has been interesting, fun, and full of challenges. But there are important reasons we are working hard to make this transition. Reasons I will share soon. Hopefully our changes will challenge and empower you to make important, life-changing changes in your own life.

But first, have a pizza party! Pizza parties are always a good thing.