We’ve teamed up with a handful of other great foodies to share a collection of Oscar themed recipes; head to the bottom of the post for recipes like this Birdman Pie that are based on other great Oscar nominated films! 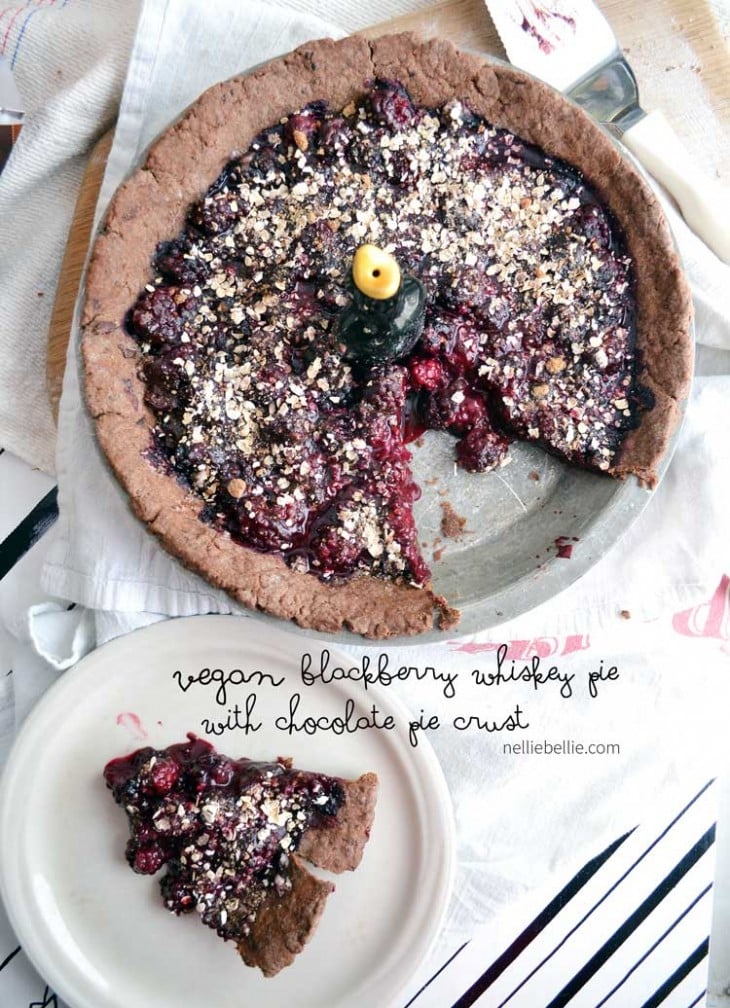 When we decided to participate in an Oscar-themed party collection, we were so excited!  We love doing themed parties, as you’ve probably seen with our Alice in Wonderland party and our Beer Tasting Party.  This was going to be right up our alley.  But, being honest with you, this Birdman pie took quite a few hours of thought and creativity. 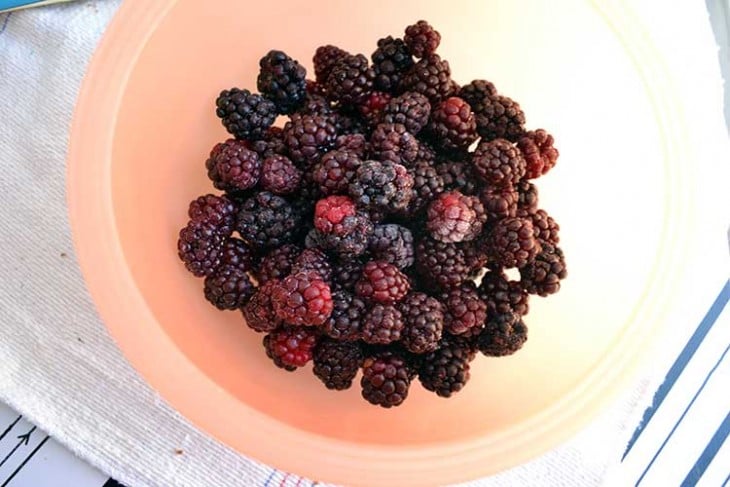 See…if you haven’t seen the movie Birdman, you should know something.  Birdman isn’t in it.

Okay, there’s like 2 scenes where a guy in the Birdman costume comes and pesters the main character.  But that’s it. 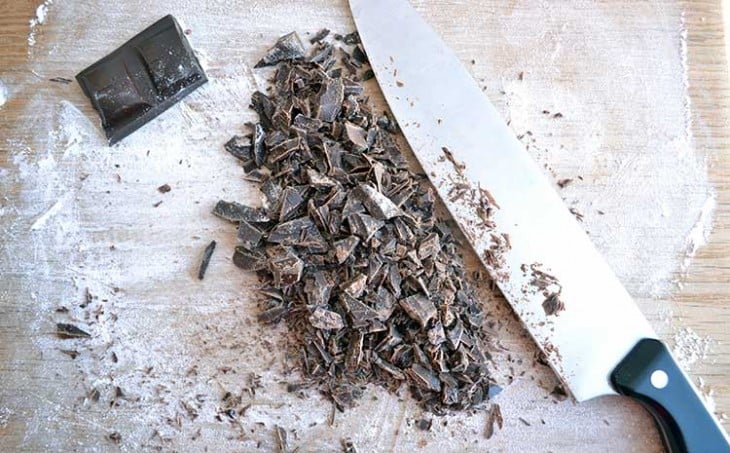 Oh, did we mention that this blackberry pie has not only a chocolate pie crust but is also chock full of dark chocolate? We didn’t? Well, it is. The dairy-free sort, of course.

The movie is really about the guy who played the Birdman character.  And his attempt to get a play off the ground.  There’s really no action, almost no flying, and a whole lot of drama.  Nothing like we had expected when we came up with all of our great plans for recipes that would be perfect for someone hosting a Birdman Oscar party. We had ideas for chocolate feathers, and nest appetizers, and you know…bird themed treats. 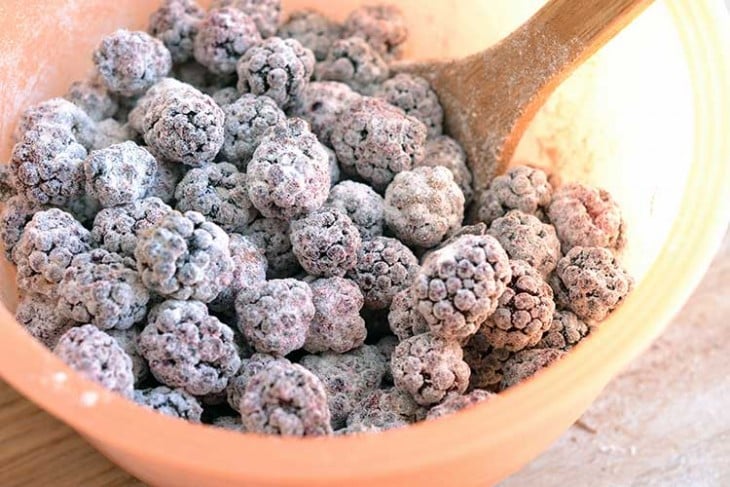 After we saw the movie, we had to set all those ideas aside and start over.

Thus the Birdman Pie. The idea that we kept coming back to again and again was that song about the four and twenty blackbirds baked in a pie. No idea why that song kept on getting rolled around with Birdman, the movie. But we went with it and created our version of Birdman pie. 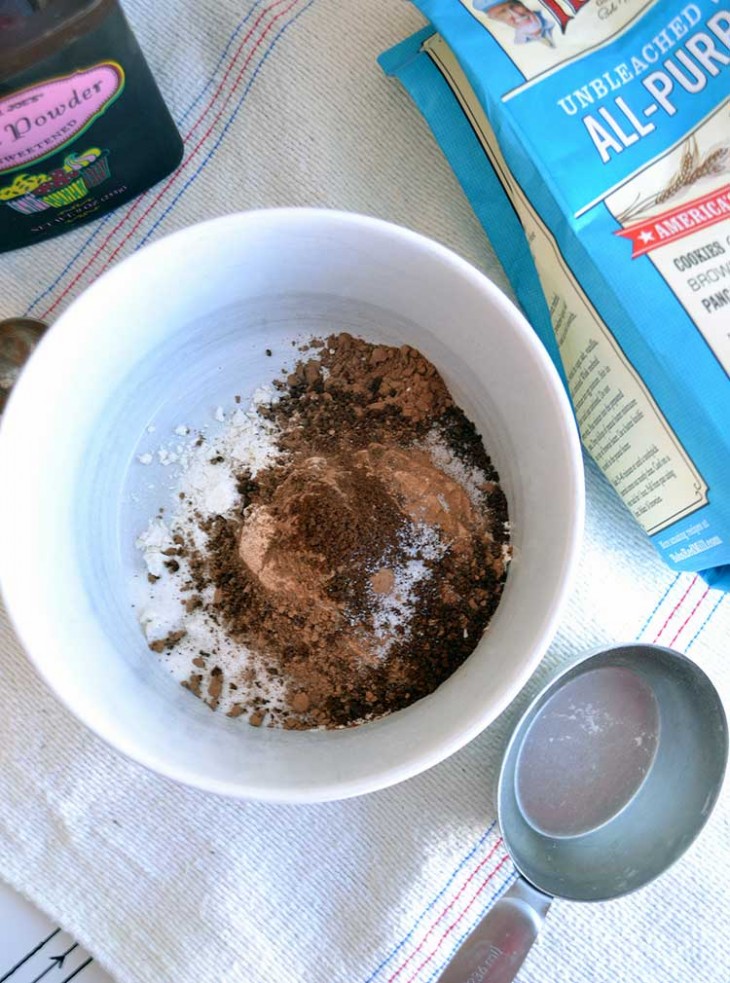 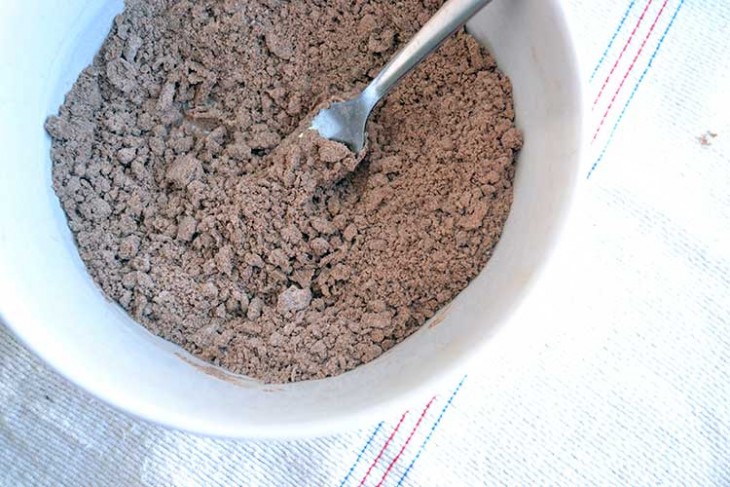 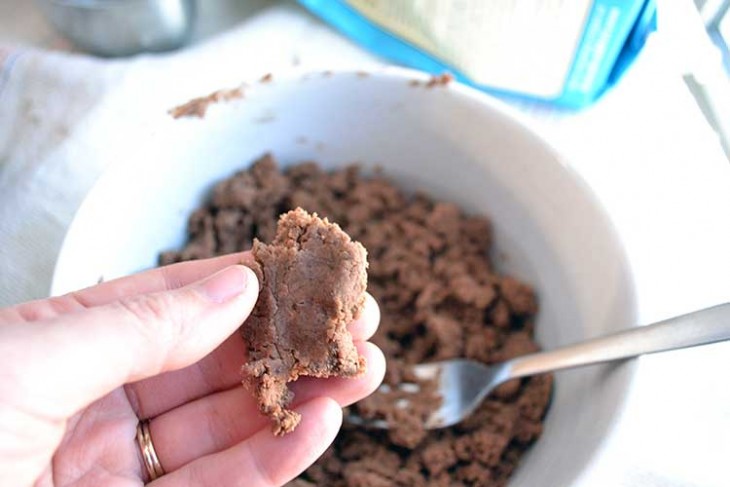 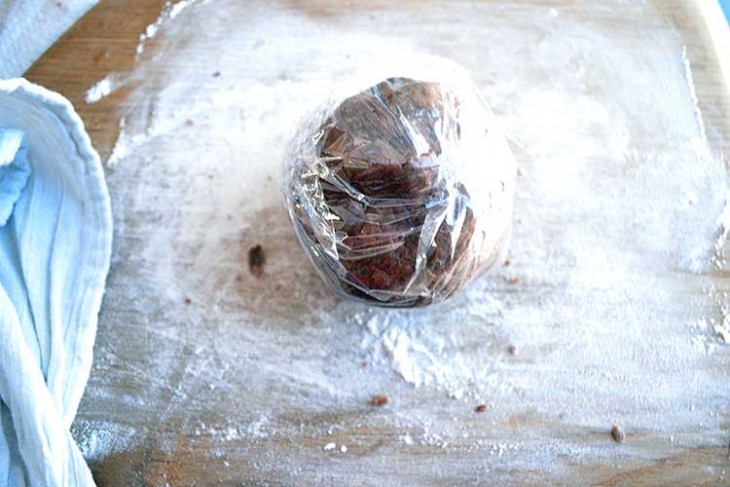 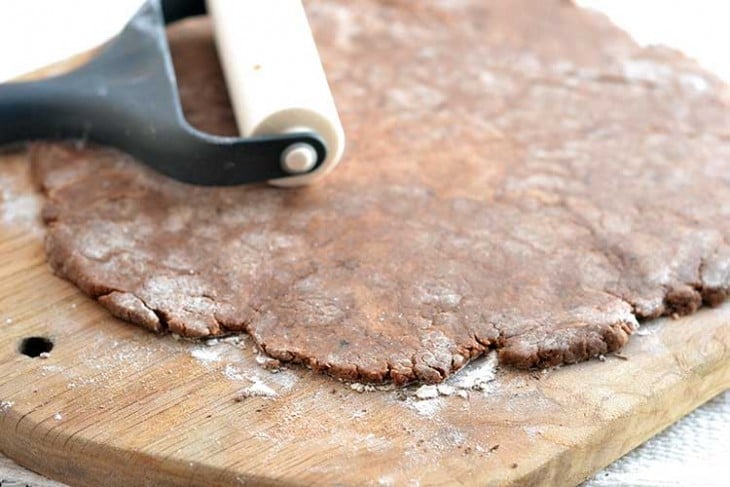 If you have a food processor, this pie crust would be much quicker. Or, you can join me in working out our arms. Totally worth the work-out!.

That pie can’t really exist in real life, you know. Baking 24 blackbirds in a pie is all sorts of NOT COOL. But we think a blackberry pie made with whiskey and sporting a chocolate pie-crust is a pretty darn good alternative. Best part, it’s not full of little bones and feathers and such things that come with cooking up blackbirds (really, how on earth did that song come to be?)

The instant coffee is completely optional but well worth the extra bit of time. Isn’t coffee always worth it? 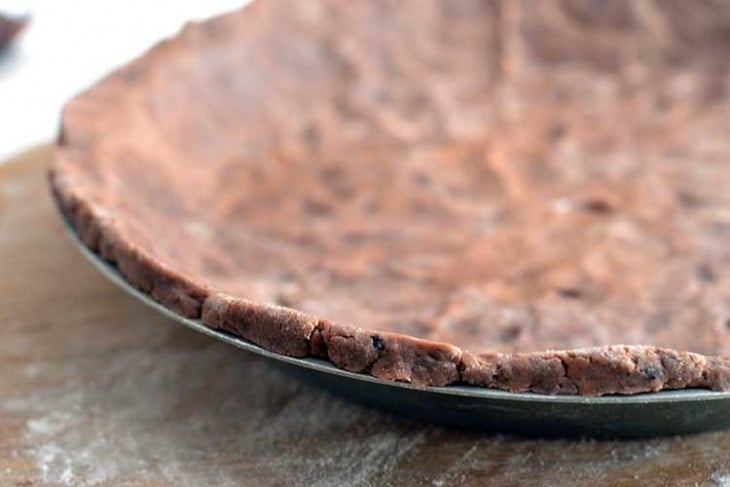 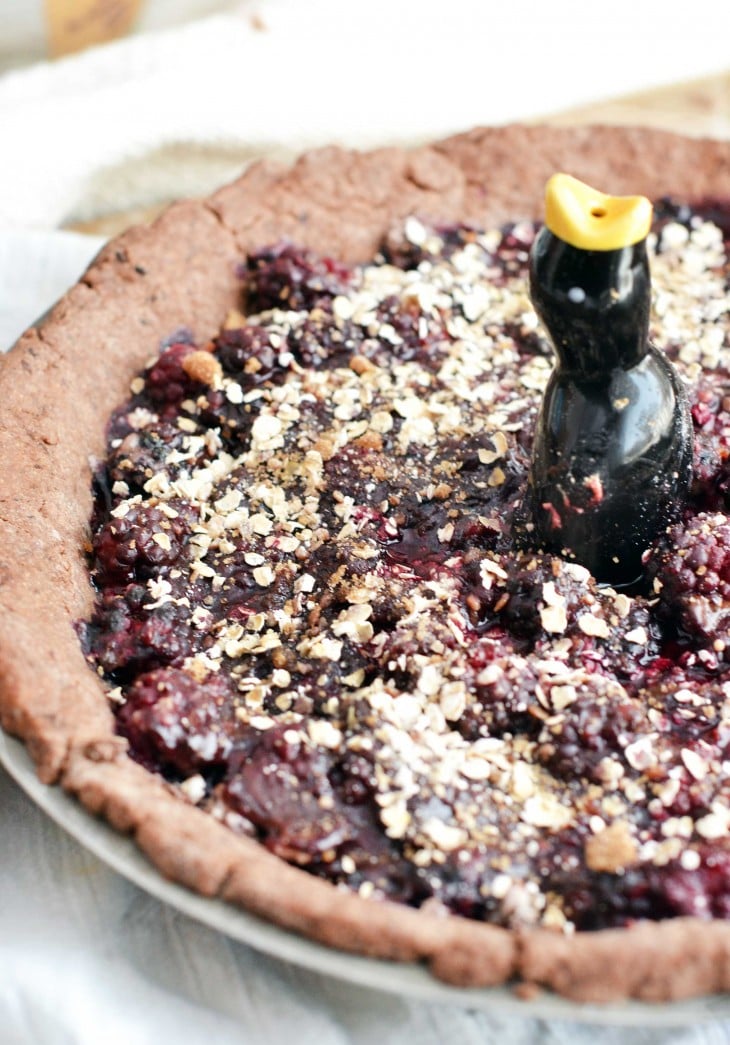 Just so you know, it’s super delicious.  And vegan!!!!  What!  That’s right. Give it a try and see what you think.  Better yet, make if for your Oscar viewing party!  We love the combo of blackberries, chocolate, and whiskey. It feels decadent, cozy, and grown-up all things a pie should be. 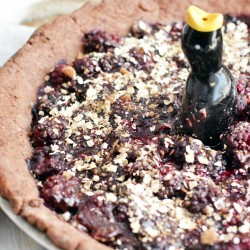 Because this is vegan no butter is used. However, if you are not vegan sub out 1/2 of the shortening for cold butter and your crust will taste that much better. Butter is the key to fantastic crust. But for vegans, this is a good solid recipe to try.
Having bits of shortening not incorporated is a good thing. 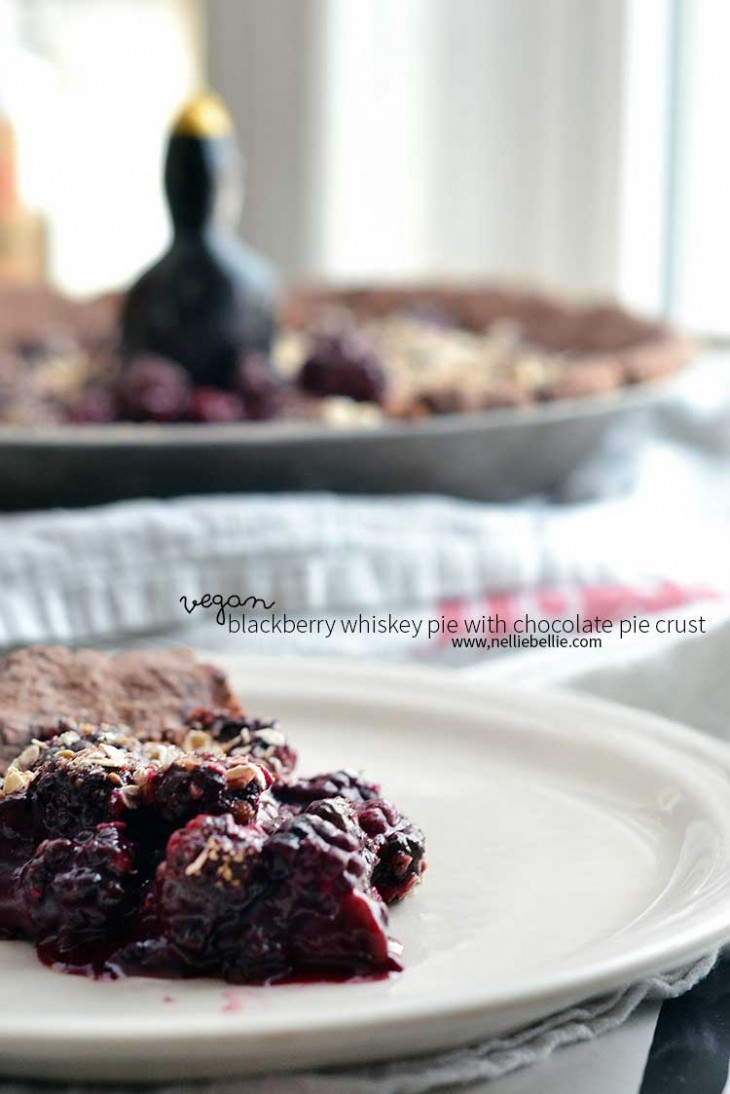 We’ve joined up with some other great foodie friends to share Oscar themed ideas from all the nominated films this year.  Head over to their sites for some great ideas!

The Theory Of Everything: Boozy Nutella Milkshakes from Dining With Alice